The day before the main memoQfest 2010 conference was dedicated to all-day workshops to allow the participants a chance to get into real depth with the subject. And that's just what we did in the memoQ master class focusing on migration. Taught by Angelika Zerfass, one of the top trainers in the German-speaking countries for translation tool technology for nearly a decade and assisted by Kilgray's CEO Balázs Kis, adding a lot of content not shown on the agenda slides as well as revealing newly released and future memoQ features, this day was simply a gold mine of content for me. It answered a lot of questions on compatibility issues that have nagged me for a while and offered clear guidelines for migration project planning and best practice. Here is the title slide (with the contact e-mail address for the presenter) as well as the list of topics covered in the plan for the day: 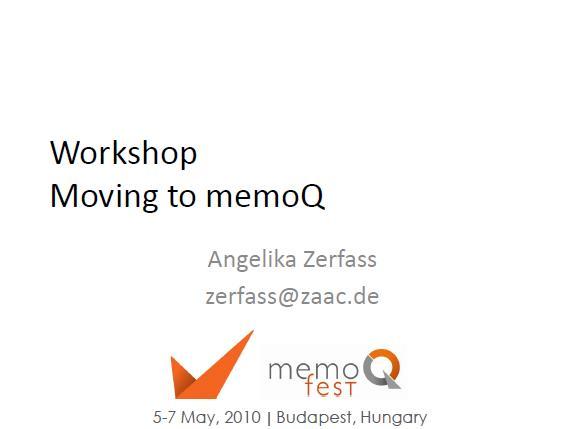 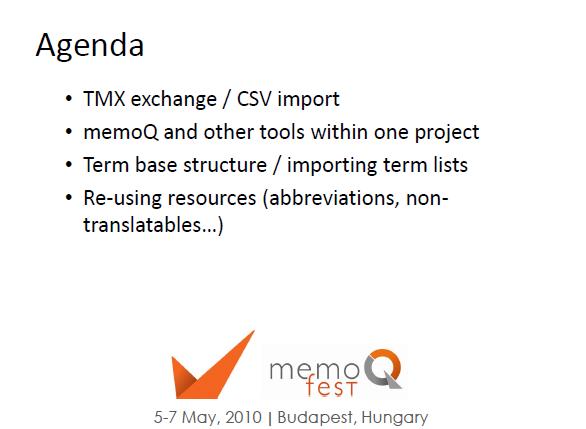 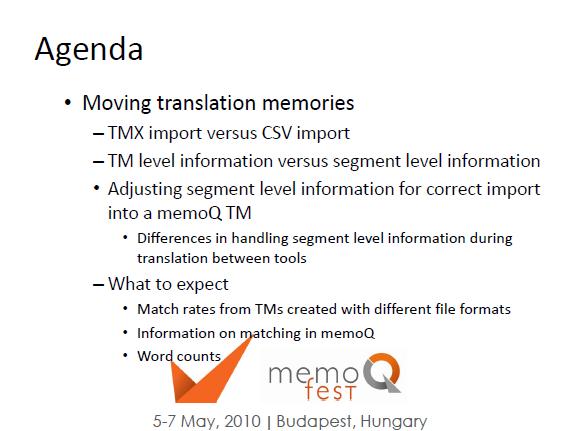 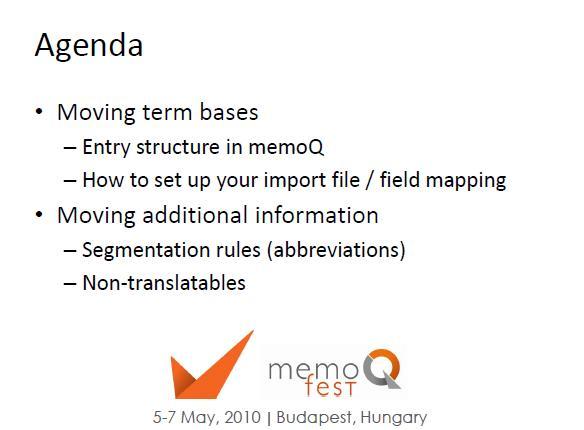 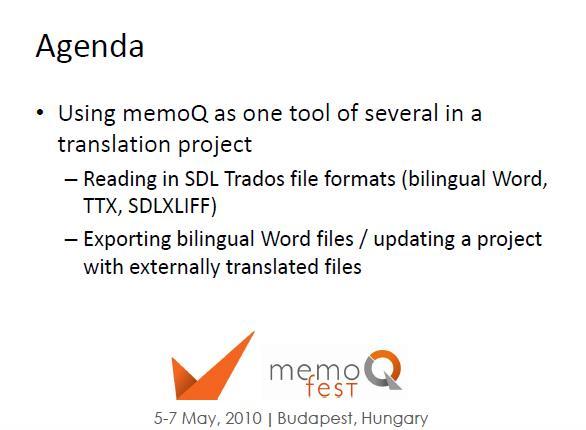 The workshop got into a lot of detail on the various topics, as much as would be required by any LSP or corporate user I know. Here's an example of the comparison of TMX export structures in Trados and memoQ: 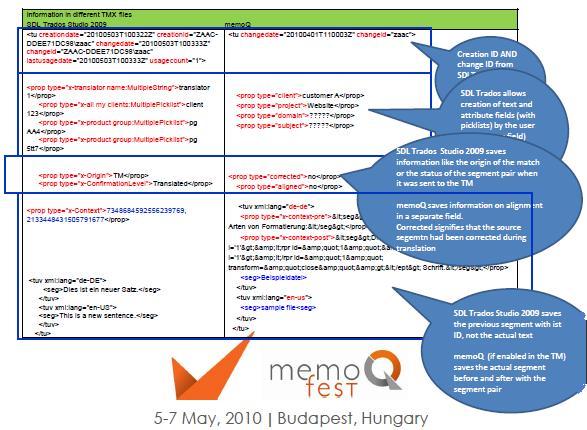 Ms. Zerfass does not work for Kilgray; she is an independent consultant and trainer who works with a broad range of tools, including SDL products and Across. She does do occasional webinars in German for Kilgray, and her workshops and training courses are available anywhere in German and English. This is a good person to turn to if you want a sober, accurate analysis of your situation and best options. And she's the only German trainer I know who doesn't put me to sleep by starting a presentation with the Big Bang, the course of human evolution and the work of Charles Babbage to show how to use Windows-based software.
She's also part of the newly-formed Loctimize GmbH in Saarbrücken, Germany, whose CEO Daniel Zielinski described to me last Thursday at Kilgray's wild birthday party how although memoQ may be the best general solution for SME LSPs and corporations in other sectors, advanced applications often require integration and customization involving other tools. That's exactly the approach which mature IT operations have taken for a long time now and which language service providers and their IT staff are starting to wake up to. With its founders' long experience in translation technology, programming, integration, migration and training, Loctimize is well able to help customers in German, English, Spanish, French, Italian and Swedish to make the right move.

Posted by Kevin Lossner at 9:23 AM