Signs of spring in late summer 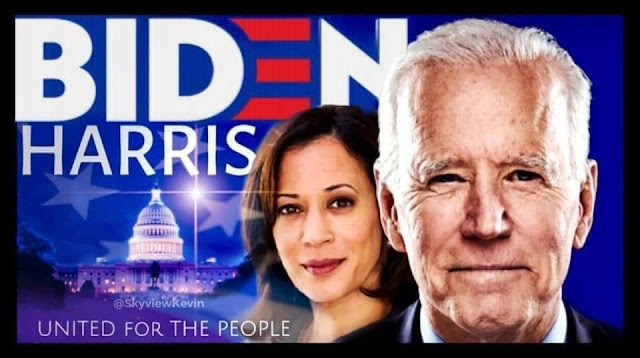 The world is inverted, it seems. The last geomagnetic reversal occurred some 780,000 years ago, where in my understanding what we think of now as north was in fact south. But there are other geomagnetically stable times where the world is upside down and the moral compass of a society points to no familiar place. One such time was the 17th century in Great Britain, with social turmoil in which many, the king included, lost their heads, some perhaps for just cause and others in fits of madness. Such times are upon us now.

The times of year have not been what they seem. Though the temperatures in my garden have been punishing heat, there is a chill of long duration, a winter in the cycle of hope that has persisted more than any terrestrial season. It’s been a quiet time, professionally, with some disappointments, but time to reflect and to think what seeds to plant for the next season. But it’s hard to look at a barren expanse of snow or the sun-baked earth and see the green, the growth and that fruits that might come with care, hard to accept that the crop is not entirely of our own effort but also of things beneath the soil we cannot see, winds and insects which pollinate at their will more than the hand ever could, influenced too by other creatures with whom the place is shared.

The parched earth, the scorched ground of politics in the country of my birth is a source of grief for so many. Its desiccated, decayed fruits offer a taste of what so many people I have met in my life, or those close to them, must have known in the long winter of spirit in central Europe when my parents were young or in the equally hard times of war and pandemic when their parents were. We are not at the point, I think, where the body counts can be fairly compared, but it is not the quantity, but the quality, I think, which defines despair, a psychological and very individual parameter which is hard to understand fully in another, and often in one’s self as well.

In my psychological landscape, in my garden, I can see a bit of green emerging from the soil of American politics with the settled ticket of Joseph Biden and Kamala Harris for the election we hope to see. Malcolm X spoke of the “ballot or the bullet”: we’ve seen enough bullets I think, taking the lives of children in school, children who find a step-fathers service revolver in a drawer and take their own lives because there truly is no place like home, an emergency medical technician murdered in her bed by police gunfire in an unwarranted breaking and entry and so many more shards of our broken reality. Let’s give the ballot a chance and see where it takes us.

Since Mr. Biden chose Ms. Harris, who had in fact been my preference for the position as presidential candidate he now holds, as his running mate, I have felt considerable personal uplift and read many words in the news outlets and other online places from those who are inspired because they see themselves in the candidate for vice president. I smile, thinking of young girls who see in that inspiring cross-examiner of moral criminals like Brett Kavanaugh and William Barr the image of their possible future. But why am I inspired, why is the catch so often in my voice now from hope rather than the grief it has been too often. I do not see myself in her. A little in Biden perhaps: aging, sometimes stumbling for words, prone to errors, but with a belief that there is a salvation to be found in best efforts, particularly for a common cause in accord with the first principle of doing for others in the kind of way you might hope to be treated yourself. No, I do not see myself in Ms. Harris at all.
What I do see in her is people I have known and admired for much of my life. So many friends, teachers and companions, who do not fit easily into any category, and who are not zealous about finding the “right” hole into which another’s peg can be pounded. People who know how and when to stand their ground, and perhaps when to stand down. Who show consideration for all except perhaps those who refuse to do so and who live so well by the principles well expressed in Franklin Roosevelt’s first inaugural address in its full context:


So, first of all, let me assert my firm belief that the only thing we have to fear is... fear itself — nameless, unreasoning, unjustified terror which paralyzes needed efforts to convert retreat into advance.

In this regard, I suppose I do find myself reflected, however darkly, in Kamala’s many-faceted glass. I don’t see the Democratic candidates as saviors more than as vehicles with which we might save ourselves by sharing the bread and fishes of mutual commitment to a better and more just world. I do not know myself with any certainty which way the arc of history bends, but I hope our many arms, old and young, flesh and prosthetic, in every hue and in every garb or none will bend it contrary to the direction of those who seek to do so by strongarm tactics.

What is reflected in the mirror presented to us by Donald Trump, Mike Pence and their many compromised enablers? It is a distorted image in which we see the darkest impulses of the past twisted into new but equally disturbing forms. The jealousies, the fears, even the hatreds we all sometimes feel are found there, and some find that reflection hypnotic, darkly seductive in its single pane of uniform and unrelenting wickedness. But those who can break that spell may yet find themselves in the many facets of better leadership and collaboration in the common cause of a kinder, more humanly productive society, and the rest of us will be challenged to break bread and share the cup, on better terms, with those who are presently more inclined to spit in it.

Posted by Kevin Lossner at 2:24 PM No comments: