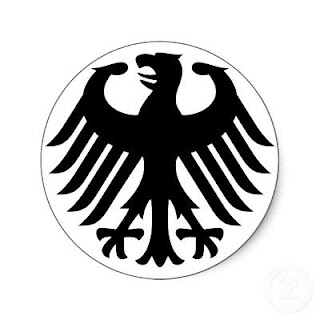 With all the confusion about fees for translation in some circles, and the generally timid and misguided attitudes regarding rate discussions in organizations such as the American Translators Association (ATA), it is useful to know or be reminded that such matters are governed by statute in some countries, such as Germany. The German Gesetz über die Vergütung von Sachverständigen, Dolmetscherinnen, Dolmetschern, Übersetzerinnen und Übersetzern sowie die Entschädigung von ehrenamtlichen Richterinnen, ehrenamtlichen Richtern, Zeuginnen, Zeugen und Dritten (law regarding the payment of experts, interpreters and translators and the compensation of pro bono judges, witnesses and third parties), also known as JVEG, governs the rates to be paid for certain categories of professionals who provide services related to courts, public agencies and the like, and it serves as a benchmark of what extensive review by the German parliament has determined to be fair and sustainable compensation for said professionals. I received notice recently that this law and its rates are under review again and may be revised shortly to cope with abuses often involving police agencies or others colluding with low cost and low quality brokers to attain rates which are not appropriate for the services provided and which sometimes represent poverty wages for the individuals providing the actual service.

The current law has many sections, and the ones most relevant to translation fees are sections 11 and 9 JVEG, though other sections are important to determine costs for travel, materials, stamping, copies and other incidentals. The current rates are higher in some respects than those I translated and published 11 years ago, though the top rate has been cut nearly in half.

Section 11 JVEG reads as follows:
(1) The fee for a translation amounts to €1.55 for each 55 keystrokes or fraction thereof in the written text (base fee). For texts not provided in an electronically editable format, the fee increases to €1.75 for each 55 keystrokes or fraction thereof (increased fee). If the translation is complicated particularly due to special circumstances of the individual case, in particular due to the frequent use of specialist terms, difficulties in legibility, particular urgency or because it concerns a foreign language not common in Germany, the base fee is €1.85 and the increased fee is €2.05. The target language text is the standard for the number of keystrokes; if, however, Latin characters are used only in the source language, the number of keystrokes in the source language text is the standard. If counting the keystrokes involves excessive effort, their number is determined by taking into account the average number of keystrokes per line and counting the lines.
(2) For one or more translations which are part of the same order, the minimum fee is €15.
(3) Insofar as the service of the translator consists of reviewing documents or telecommunication recordings for specific content without the need of preparing a written translation for these, the fee received will be that of an interpreter.

JVEG 11(3) would cover the case of summary work, listening to recordings to identify matters relevant to a client and probably things like sight translation and discussion. But what is the interpreter's fee to be applied in this case? That fee is governed by section 9(3) JVEG, which reads:

For a typical urgent case of translating a brief for litigation in patent nullity proceedings, where one encounters the specialist terminology of the patent subject matter as well as the specific legal terminology for such litigation, the proper fee would be €2.05 per standard line (usually in the target text, though source text may be counted as noted above), which is equivalent to about €0.27 per source word for my German to English work.

For translating general correspondence in the same case, with no urgency and no burdensome specialist terminology, the appropriate fee would be the base rate of €1.55 per line or usually about €0.20 per source word. The equivalence calculations provided by the Online Fee Wizard of Amtrad Services (screenshot, above) are based on the averages of some EU documents; it is often a good idea to measure the actual equivalents in the real texts involved using the Excel spreadsheet Amtrad Services provides or my own rate equivalency calculation tools.

If you are a translation client dealing with a brokering agency quoting something close to the JVEG rates, please note that these were determined to be the sustainable rates for individuals, and they do not include the usual fees and markup applied by service brokers. Very often this means that the translator providing the service is being compensated at abusively low rates and is probably not a professional working full time in translation and dependent on that income to pay bills and eat. If you are dealing with an individual quoting rates below the JVEG, unless that individual lives in some place like Ecuador, you might well question whether that person is able to give full attention to the assignment and/or will continue to around to provide services to you and others in the future.
Posted by Kevin Lossner at 8:46 AM 5 comments: