On track with changes in memoQ 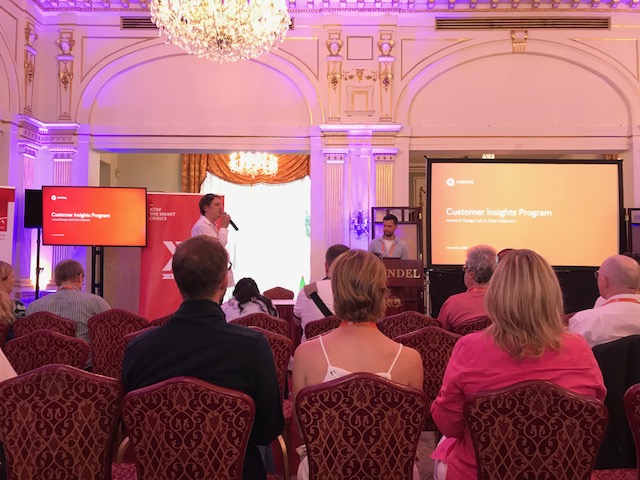 After a two-year break I decided to attend memoQ Fest again this year. I had burned out a bit on memoQ as a working environment in 2015 because of the slow resolution of many problems associated with the transition from traditional application menus to the awful, space-stealing Microsoft-style ribbons... bugs remained unresolved for so long in fact that I released my last book (New Beginnings with memoQ) with a "beta" designation and then months later simply withdrew it from the market because it seemed that no fixes were in sight. And then at the beginning of 2017 as things with memoQ 2015 (7.8) had stabilized to an acceptable degree, memoQ 8.0 (Adriatic) was released with a dog's breakfast of foolish interface changes and new bugs. The two minor releases that followed (8.1 and 8.2) deepened the muck, not the least by introducing new and very broken tracked changes features. Dark days indeed in which experienced users generally stuck desperately to the only really reliable release of memoQ that Kilgray still supported (7.8).

And then last autumn there was a perceptible inflection point in the memoQ development trajectory. The 8.3 release still had the awful new match comparison and other confusions, but it was unusually stable for a new release. And it dealt with some long-standing issues while introducing some improved term-handling features. Improvements in terminology handling continued in the version that followed, and stability increased with each minor release - a phenomenon nearly unheard of with any CAT tool I know. Whether it's memoQ, SDL Trados Studio or another tool, new releases are usually painful experiences with a lot of bug bites, but Kilgray seems to have discovered some new secret of pest control in software development. With memoQ 8.4 and 8.5 I have actually been able to recommend upgrades very near the release date, which past experience taught me is usually not a professionally wise thing to do. Whatever the memoQ team is doing now, I hope they keep it up, because this is the kind of stability and reliability that is needed in critical business applications and which is seldom delivered on schedule by any company.

Adding to that, the latest version of memoQ has restored the old (and better) match comparison feature and other aspects of productivity that went missing when the 8.x series first hit the street. I still have my usual long wish list of improvements and features, but at the moment the only big objection I still have to memoQ's feature set is the limitations of its image transcription module for handling graphics with a lot of text. Something closer to Fluency's approach to transcription would be helpful. 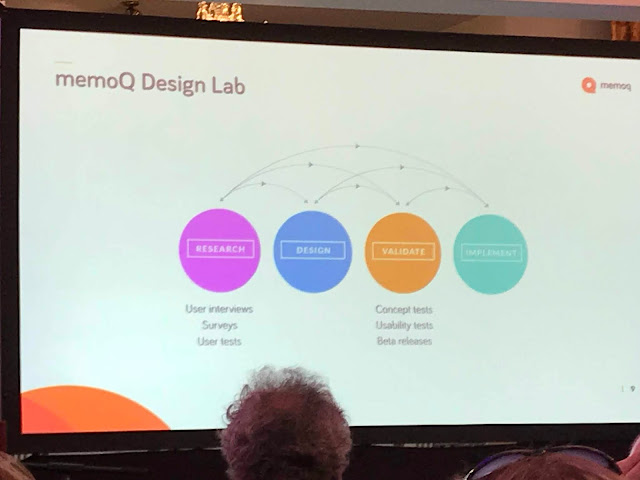 With all the encouraging things happening with the translation environment I depend on, I decided to go to Budapest this year and meet the new team members who were contributing to many of these improvements and to catch up with old friends and colleagues who have contributed so much to improving my productivity and professional satisfaction for many years. memoQ Fest is inevitably a good event no matter how good or bad its published program sounds; the gathering of talent, brains and outright decent people in the memoQ community means that it's probably impossible not to have a good time and learn a lot of useful things in the sessions, breaks and after-hours events. This year's 10th anniversary of memoQ Fest exceeded all my expectations in every aspect.

I was extremely pleased to see the progress made with the integrated speech recognition feature suggested three years ago after investigations begun by David Hardisty and others, and to listen to the new design and education teams about approaches to future development, support and training. I'm even a little excited, which is an unusual thing given the cynicism that nearly half a century of working with software has embedded in my brain.

There are so many interesting things happening now in the memoQ world: not just speech recognition, but major ongoing improvements to terminology handling, subtitling, easier QA control... the list goes on, and the importance of any item on it will depend, of course, on the nature of an individual translator's or other service provider's work and clientele. But, really, it's not about the features. It's the people. And I think that the combined quality of the team behind the creation and support of memoQ software and the superb, mutually supportive professionals in the user community remains unbeatable for a secure professional present and a promising future in #xl8.

Posted by Kevin Lossner at 6:36 PM No comments: