Clients get the translators they deserve

How can a client benefit from a translator’s advice? How can s/he achieve best results when working with translators?

Since I studied music and was educated as a musician (apart from graduating from another Russian university as a philologist/translator/foreign language teacher), a music analogy came to my mind: a relationship between composer and performer. They say Bach’s last works were meant neither for instruments nor voices, they were intended to be studied rather than heard. A “normal” composer, however, creates music for a specific instrument/voice or a group of instruments or voices in mind. By studying orchestration, a composer gets to know various instruments and learns how to best use them to produce the desired results. That goes hand in hand with, generally, making life easier for the performer. A composition should be playable, an instrument player fretting over ridiculously complicated fingering is not a good ally. The comparison might be somewhat new, but what I am driving at isn’t: it is common advice for authors of technical or corporate documentation to keep in mind that, for eventual translation, they’d better produce translatable text. Without getting into details of writing conventions or localisation guidelines, I would urge caution on too much corporate lingo or, on the other hand, too heavy, even if seemingly natural, idioms. To translate the German “0815” is not a problem, but please bear in mind that a German “Punkt in Flensburg” would hardly sound that short in any target language (my spellchecker just tried to make a “Punk” out of “Punkt”, but anyway, the most commonplace examples to this effect are not German, but American, e.g. baseball idioms in American everyday language.

I will not discuss the technicalities of preparing documents for translation, since I expect others will do so. But again, another thing which came to my mind has to do with relationships. Kevin’s request to share some ideas and advice coincided with my leafing through the pages of “Ogilvy on Advertising”. The book, first published 30 years ago, still holds true not only for the advertising industry. After all, advertising is about convincing (or call it persuasion) and so is, to a large extent, our translation business (think writing skills). Chapter 6 of Ogilvy’s book is called “Open letter to a client in search of an agency”. Much of his advice is applicable to translators. (I don’t mean translation agencies, rather freelance translators.)

One piece of advice I’d rather quote verbatim:


“Don’t keep a dog and bark yourself. Any fool can write a good advertisement, but it takes a genius to keep his hands off a good one. I had just finished showing a new campaign to Charlie Kelstadt, the Chairman of Sears Roebuck, when his Comptroller came into the room, started to read my copy – and took a fountain-pen out of his pocket. ‘Put that pen back into your pocket’, snapped Kelstadt.”

Ogilvy’s situation, I am afraid, rings familiar bells for many fellow translators. Whereas you outsource a translation job to a freelancer (or an agency, for that matter), your company may have native speakers of the respective language. (Or your CEO’s family has an au pair from this or that country, of all things.) Sometimes it is a good idea to ask their opinion, but more often than not I, in such a situation, had to correct the correction again and, embarrassing for both sides, explain mistakes. More often than not, there was no need for internal correction or censorship altogether. Trust your translator, if you care about motivation.

“Even the best copywriters are preternaturally thin-skinned”, Ogilvy says. It is true of many translators. So, when explaining things, don’t be overwhelmingly paternalistic. As a rule, experienced freelance translators are both knowledgeable and also capable of thinking out of the box (that is to say they are probably less susceptible to corporate tunnel vision than some of your staff).

As regards motivation, Ogilvy suggests insisting (!) on paying more that what the agency normally charges. “The extra percent won’t kill you... and you will get better service.” I think it also enhances trust and confidence on both sides. Translation is not a commodity. For a serious translator, it is important to feel that the client is well aware of this fact. Very often, when the first (and only) question from a potential client is about my “per unit“ price (words, lines or pages), I’m inclined to ask whether this potential client also considers price to be the most important (or only) reason for his/her own products or services.

And, last but not least, I think that building a longtime relationship with the translator (your very special, not easily replaceable translator) really pays off as s/he is gaining ever more experience and knowledge of your company. In the end it all boils down to the ancient advice about treating your translator as you wish to be treated yourself. It is in the Bible and, as the rabbis say, the rest is commentary. 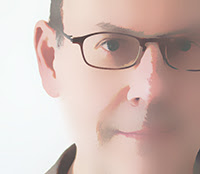 Valerij Tomarenko is an established colleague for Russian, German and English translation and interpreting based in Hamburg, Germany. His blog, Anmerkungen des Übersetzers, is often a source of useful insight in both German and English as well as of his delightful photography.

As part of a small article I was researching, I asked several colleagues whose professional experience in language services extends far longer and usually deeper than my own if they could summarize their best advice for translation buyers in 50 words or less. My intent was to see what different points these experts chose to emphasize, what they had in common and where they differ. The responses so far are quite interesting and will be shared in various ways in the future. Few have managed to stick to the 50 word brief, and my friend Valerij has been a particularly egregious violator of that concept. But as is so often the case in my exchanges with him, I can't find a word to cut which would not detract from the quality of a message worth sharing, so with his kind permission I have adapted this private correspondence for the blog, because I feel these points are really worth contemplation.

Posted by Kevin Lossner at 4:45 PM