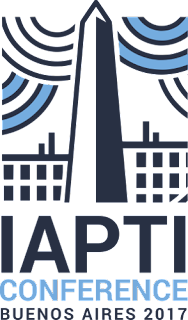 This year shot itself out of a cannon in early January, and the trajectory promises to be a long one, allowing little time for frivolity and the usual conferences, as much as I might like to drop in on some. But there are two I would rather not miss. This one and METM2017 in late October.

Given some recent, loud public controversy regarding the organizational status of the International Association of Professional Translators and Interpreters, some might wonder that I am attending or even continuing my association with the group. But living in the somewhat magical Latin reality of Portugal myself, I had an instinct that the complications of final registration of the organization by the Argentine authorities might in fact be just another version of the oddities I sometimes experience in my own world, and the recent completion of that process showed that I was right.

In an age where too many of the "professional" translators' associations have turned themselves into amateur whores for corporate interests and the machine pseudo-translation lobby, it is refreshing to see the few groups like IAPTI, the German BDUE and MET who focus on and promote the professionalism of individual practitioners from a strong ethical foundation. Not always with perfect pitch, but it seems the ATA and ITI barely know the music and words to that tune any more, alas.

This year's program in Buenos Aires offers three parallel tracks, dense with professionally valid, valuable presentations for individual translators and interpreters at the top of their game or aspiring to be. This is not your ProZ wannabe event; it is serious business for serious professionals who are serious about the services they provide and who aspire to ever better practice in an often tumultuous international environment. And you can be sure that the corporate shills won't get past the door.

I'll be doing two talks myself at the event, one on terminology, another on collaboration with memoQ as a central resource. But given the promising talks scheduled, I am tempted to skip my own and sit in on the other sessions. Check out the event's professional rogues' gallery and you'll see why.

As for those rumors that the real reason I am going to IAPTI2017 is to play hookey and hit the bookstores, well... uh... no comment. I have a few days on the tail end for that, as I hear there are a lot of them.

The early bird rates for registration run until March 10th, but now or later, the event is an investment worth consideration. See you there?
Posted by Kevin Lossner at 4:07 PM