Another day of gratitude: paying it forward 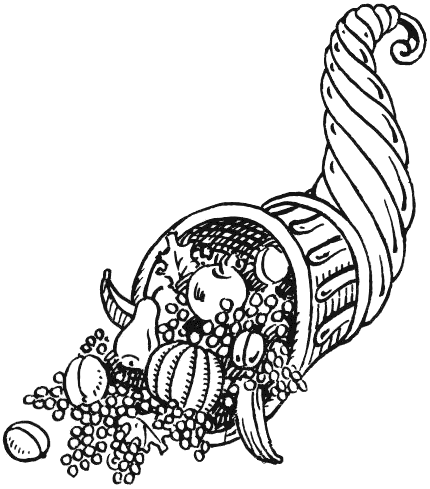 As I dragged myself through the wet-misted field yesterday morning to fetch more wood for the office furnace, the cacophony of the neighbor's barnyard fowl - chickens, guinea hens, three or four kinds of ducks, some geese and a lot of turkeys - reminded me that today is Thanksgiving. It's been a few years since I served a sacrificed bird to friends unfamiliar with our American rituals, and I don't think I could find it in my hunter's heart to do that with one of the beautiful creatures at the farm next to mine, at least not this week. Not while I have a good head of lettuce, some radishes and a few carrots in my test garden for the survival of which I am grateful after the plague of snails and slugs when the rainy season began.

I had planned to mark today with a smaller ritual, alone or in company, opening a Malbec given to me by a friend from Argentina and baking and breaking some bread with a nice mix of grains and sourdough. But it wasn't to be. When I regained consciousness after too many hours spent sorting out the structure of some new tutorials and too few resting afterward, I found that an agency client I had presumed dead, I'll call them Lazarus GmbH, had come back to life with an interesting SDL cornucopia just as I was planning to do some phony exercises in the new memoQ interface to re-learn the Trados interoperability techniques for exactly those files to prepare for a lesson I need to create this weekend. Then while I was in the midst of preparing a quotation, another Lazarus found the Send button in Outlook and sent a nice little text for immediate turnaround and an inquiry regarding my capacity for the next month. 'Tis the season once again, a bit silly already. One by one I've watched friends and colleagues who have had a little too much quiet time in recent weeks or months get slammed with a translation workload which should mean big bones for their dogs under the Christmas tree this year.

In all the "excitement" I utterly forgot that it was Thanksgiving until after dark, when the heavy rain increased and made me wonder if I should Google plans for an ark.

It was about then that a young colleague, a friend whom I introduced to translation a little over a year ago, sent me a message describing her progress with a workload which would make me take a deep breath, but which is especially challenging for someone starting out. And her projects involved some sophisticated preparation and CAT tool skills which many very experienced colleagues could not handle without significant help. All executed perfectly. And even ahead of schedule. Each bit of news caused my smile to grow bigger. Fortunately, nobody but the dogs could see this grinning idiot.

In all the decades of my various careers there are few things I have enjoyed more than the privilege of watching, and sometimes contributing a little to the success of others, particularly those who are finding their way in what is for them a new area of knowledge and activity. I just love to watch the lights come on, love to see those others overcome their doubts, launch themselves into the uncertain air and soar.

In the first essay for the days of gratitude, I wrote about some of the many teachers who have given me more than I could ever pay back, who continue to inspire me through memory after more than four decades in some cases. Many are dead now, some are failing, and a surprising number are approaching their centenary, or have failed not far short of it. These ones were among the most inspiring for me, and I wonder sometimes if there is a connection with that and those long lives.

I can never pay any of them back, and I rather doubt any of them would have wanted that. Thinking back now to a conversation with one favorite professor, a great chemist who changed the way the Second Law of Thermodynamics is taught in the US today, I remember how shortly before I moved to Germany, he tried to convince me that I should become an elementary school teacher. That wasn't practical at the time, but I missed the point. The debt I owe to him and many others cannot be paid back. It should not be paid back. It must be paid forward.

And I am very, very grateful for the privilege to attempt just that. Happy Thanksgiving.