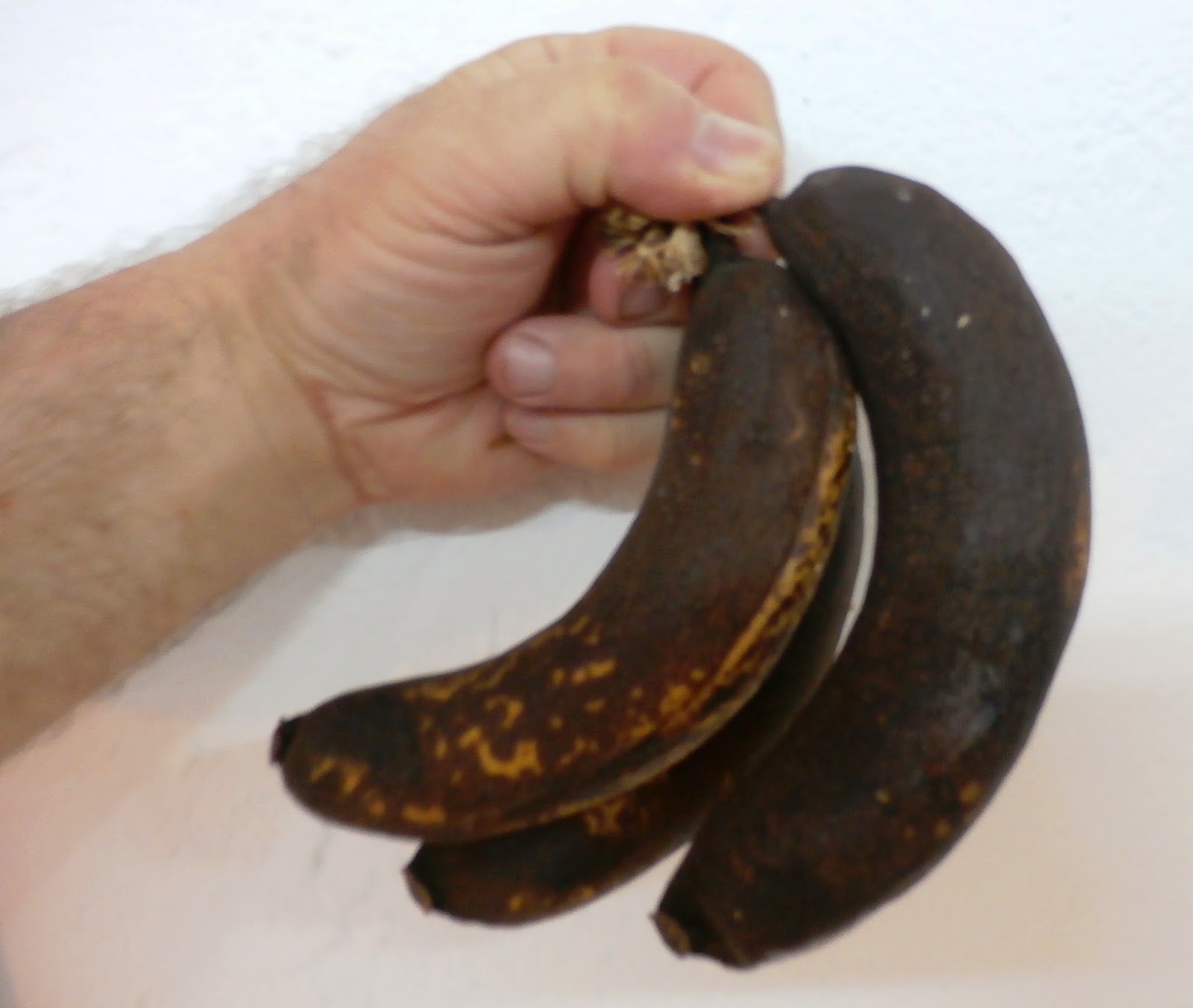 I developed this recipe from a simpler one with just bananas and oatmeal which someone did for a class full of nursery school kids. I thought it needed a little more binder (an egg), and I had a bag of raisins in search of a cause. I'll probably rework the recipe later to use almond meal instead after discovering what a delight that is in a no-flour chocolate cake.

Here's a look at the results: 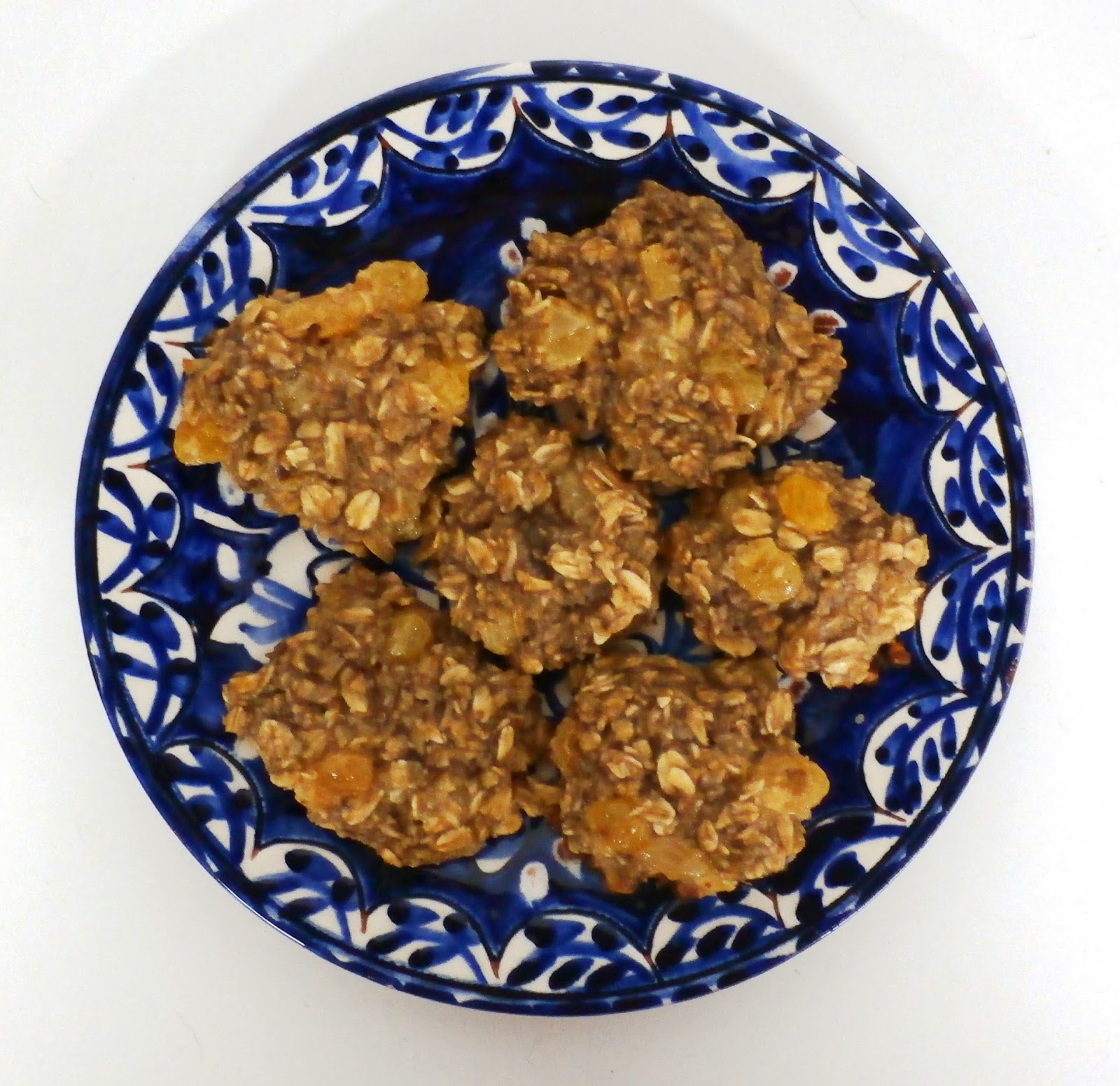 This was the dessert served last night with my failed attempt at Alentejan gaspacho. The cold soup must have been good, because my noiva ate two bowls of it, but that might also have been because her son wouldn't touch his. It was declared "Spanish" with tones overlaid with disgust, and I was told that I would receive instruction in a proper gaspacho soon. One where the cebola is not left out and probably with a lot more garlic. I thought that tripling the garlic in the recipe might do the trick, but it seems not.

The cookies were a hit at least, also with the neighbors at the casa de ratos ("mouse house" - home to hundreds and the source of the 33 killed here in the War on Mice).
Posted by Kevin Lossner at 7:05 AM