Diabetes seems to be a rather common affliction in Portugal, which is no great wonder given the sweet tooth so many people here have. This is expressed in a great variety of cookies one finds offered in markets of every kind, most of which are quite different from the cookies familiar to me in the American and German baking traditions. As I have made batch after batch of American cookies for my friends and neighbors in Portugal, I've had a little nagging sense of guilt at what damage I might be doing contributing to their diabetic state, but the thought that cutting down their consumption of cerveja to, perhaps, a dozen bottles a day might also help with the diabetes does assuage my guilt somewhat so I can keep the grandchildren in my neighborhood supplied with a better fix than some offer in Bairro da Câmara.

Sourcing ingredients is often difficult here, partly because I'm still learning the local names of things but also because many things are simply not available. Take sheep butter, for example. As far as I know, it's only found around here at Intermarche, and the other day it was sold out, so I had to settle for goat butter. Life can be rough. If you want something really exotic like chocolate chips or cream of tartar, you just have to substitute creatively. I do a lot of that. And because I'm in Portugal, it never hurts to add garlic. It adds a new dimension to Spätzle, Portuguese-style for example.

It's actually hard to get the sugars I want here in the heart of the country. White granulated sugar? No problem, though I prefer its common yellow cousin here. But the darker stuff, açúcar moreno, isn't so easy, particularly if you like it really dark. So when I discovered a bag of deep brown sugar with a satisfying molasses whiff to it, I was delighted and snatched it up for the next batch of cookies. These were good, but turned out to be a little strange. 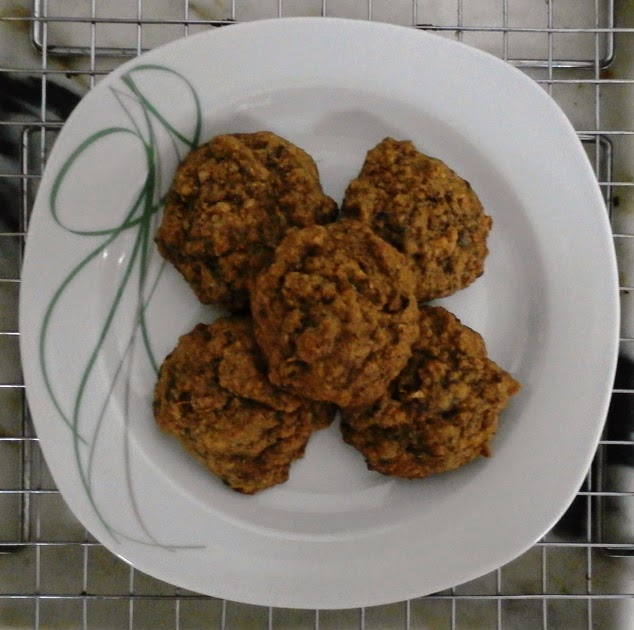 Not that sweet, really. Since I had tweaked other things in what was once a chocolate chip cookie recipe (goat butter, whole wheat flour, Toblerone dark chocolate bars with almond nougat), I dumbed down the other stuff and just tweaked the sugar. These cookies were even better, but still not overpoweringly sweet, then I noticed that the package bore the words "brown rice sugar". For real. I thought it was a translation error, but there really is a sugar substitute made from brown rice. And it's not bad. So I offer you this variation on the new trending cookie of Évora, chipped chocolate:

Cream these together, then add

Whip it some more, then add

½ teaspoon salt
½ teaspoon baking soda
225 grams flour (usually wheat of some kind, but if the spirit moves you, substitute rye, corn or oat flour as much as you like)

Mix until all the flour is evenly distributed in the wet dough, then add 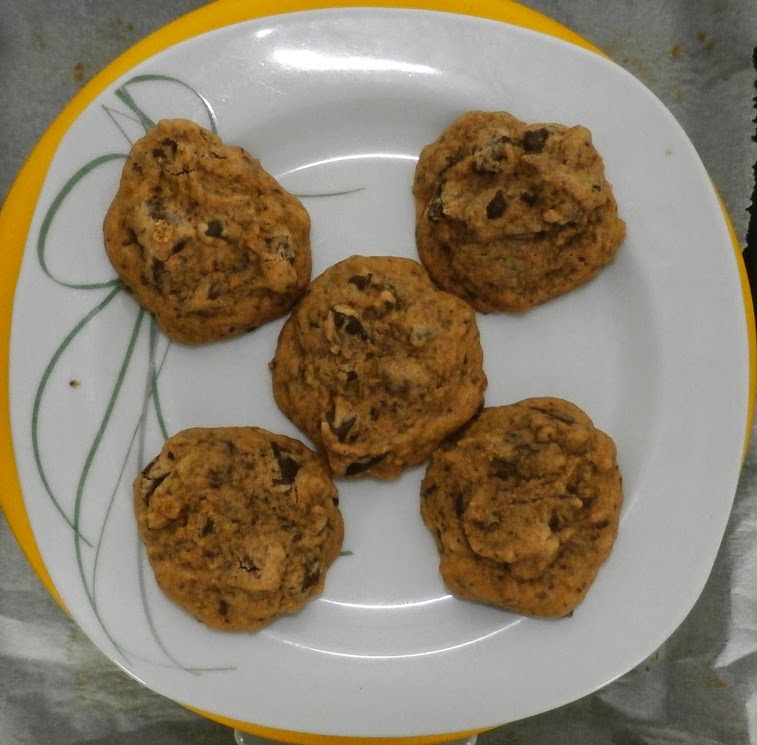 I told my friend with diabetes that these were better for her. That might not be true, but given the response I think I'll keep lying.

And now for something completely different. I decided it was time to introduce the local Catholics to some good Chanukah tradition: sweet potato latkes served with Greek yogurt and pureed mangos. That seems to be a hit as well (with extra portions set aside for grandchildren), but afterward I was faced with the problem of half a bowl of mango puree and no idea what to do with it. So I did a little research and improvised these mango cookies, which are perhaps the best thing I've made this month: 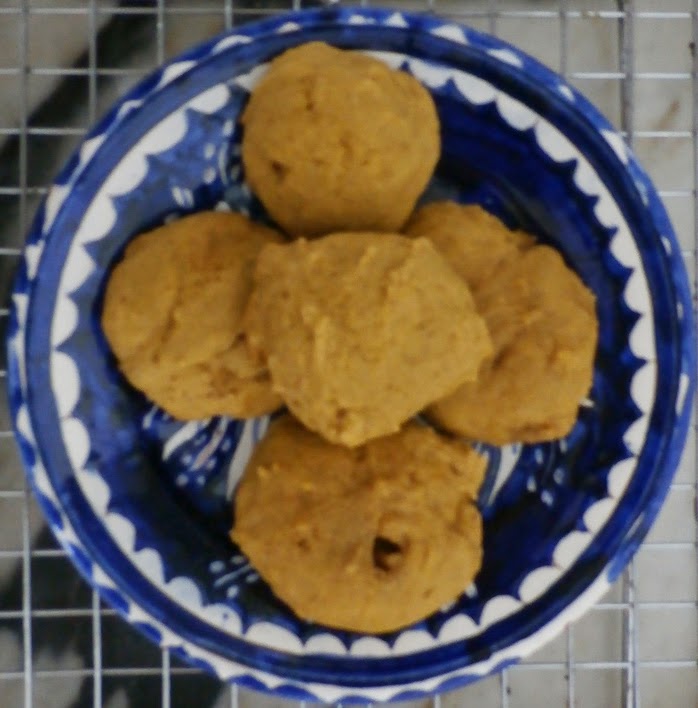 Cream the butter and sugars, then add egg, mango and vanilla. After the mixture is creamed, add 2 cups of flour, the baking soda and cinnamon
Bake in a preheated 375°F oven for about 10 minutes or until golden brown.

I suppose you can mess around with the sugars any way you like; I like substituting corn flours for wheat in recipes where gluten isn't needed, and I think it usually improves the character of a cookie. I may try a batch of these using just corn flour. And maybe drop the milk and use more mango puree. And a bunch of other little adjustments, because while lazy translators may crave repetitions, I find that boring in recipes, which I consider to be like German laws: there to be flouted as long as it's a victimless crime. I only make an exception with phenolphthaelin as an additive on special occasions for those on the run.

In the batch I made, it seems that the brown rice sugar was not perfectly mixed in and formed interesting little pockets, which produced a surprising effect when baked. I can't describe it; it needs to be experienced. And it is a delight!
Posted by Kevin Lossner at 1:04 AM