So many times when I hear the bright and happy predictions of commercial interests spouting nonsense about "translation as a utility" and hoping to feast on the roadkill of communication, who claim the highest of motives and show the basest motivations in their real acts, I hear a saxophone in my mind and a strained voice declaring that some day "they may understand our rage".

Machine pseudo-translation (MpT) and human-assisted machine pseudo-translation (HAMPsTr) are big business for the profiteers offering pseudo-solutions which typically start in the low six figures of investment. "Get on the MT boat or drown!" declared one such profiteer, Asia Online CEO Dion Wiggins at his unfortunate keynote presentation at memoQfest 2012 in Budapest.

It seems that each week a new story line to justify the linguistic lemmings' rush over the cliff appears. Recently I heard for the first time how translators suffer from the "blank page syndrome" (note: as of 25 December 2013 the entire blog with that "blank page" link has disappeared) and need machine generated babble for inspiration. I thought perhaps I was just an odd one, usually struggling with many ways to render a text from German into my native language and trying to choose the best, but experienced colleagues I asked about their fear of blank pages all asked me if I was joking.

This morning another colleague sent me a real screamer:


"Smaller language service providers (LSPs) process fewer words than larger ones... [this] puts them at a disadvantage when it comes to leveraging linguistic assets due to the smaller size of their terminology databases and translation memories (TMs). These less comprehensive language resources limit reuse on subsequent projects or for training statistical machine translation (SMT) software."

The author of that particular bucket of bilge is Don DePalma, head of the Common (Non)sense Advisory, an organization rightly seen as incompetent to interpret even third-grade level mathematics in their discredited report of dramatic rate decreases for translations, which turned out to be an artifact of calculations involving mismatched survey populations. In any case, the idea that small translation agencies or individual translators, who are generally more aware of and concerned with their clients' business are at any disadvantage by not being buried under mountains of monkeyfied mumbo-jumbo from bulk trashlation nearly ruined my keyboard as I spit my coffee laughing. Don deserves an extra Christmas bonus for that transcreation of the truth.

But the best was yet to come: 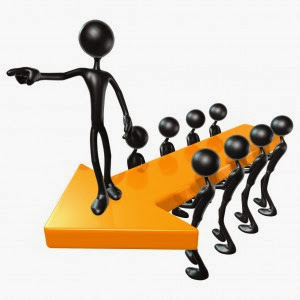 This inspiring graphic accompanied an article on how to motivate those involved in post-editing MpT in the HAMPsTr process promoted by Asia Online and others. There has been some vigorous and interesting speculation on where that arrow is pointing :-)  The colleague who sent the link to me commented:


An interesting read from a humanitarian perspective. If they need to go to these lengths to "motivate" people, even those who are otherwise happy to swim in the muddy, toxic pond that these LSPs (your definition of the term) have created, one would have thought that they will understand that there is something wrong with their concept and goals. But why let the facts get in the way, I guess.

Indeed, those swimming in the pond do seem to have some real issues, even in cases frequently quoted as a HAMPsTr success. I long ago lost count of how many MpT advocates have told me of the wonderful words at Microsoft and Symantec, nicely extruded from controlled language sources and lovingly shaped into their final sausage form by happy hamsters. But this TAUS presentation by a Symantec insider tells another story:


And further indications that we are all getting mooned by the MpT Emperor can be heard in the excerpts of this recent GALA presentation in Berlin:


Unlike some of my colleagues, I have no fear of being replaced by Mr. Gurgle or any of his online Asian cousins however well-trained. What provokes some rage in me and more than a little concern is the callous dishonesty of the MpT profiteers and their transparent contempt for truth, the true interests of modern business and the health of those involved in language processes.

I have no little sympathy for the many businesses and individuals struggling to cope with the challenging changes in international business communication in the past 20 years. Nor do I feel that MpT has no role to play in communication processes; colleagues such as Steve Vitek have presented clear cases of value for screening of bulk information in legal discovery to identify documents which may need timely human translation and other applications. Kirti Vashee of Asia Online has commented honestly on numerous occasions on his blog and elsewhere about the functional train wreck of most "automated translation" processes one encounters, but still cannot take proper distance from the distortion and scaremongering practiced by the head of his team and others.

I am particularly concerned by the continued avoidance of the very real psychological dangers of post-editing MpT, which were discussed by Bevan and others in the decades before the lust for quick profits silenced discussions and research into appropriate occupational health measures. If Asia Online and others are truly concerned with developing sustainable HAMPsTr processes, then let them fund graduate research in psychology to understand how to protect the language skills and mental function of those routinely exposed to toxic machine language.

All this disregard for true value and truth reminds me so much of my days as an insider in the Y2K programmers' profit orgy: we all knew it was bullshit, but all the old COBOL programmers wanted to take their last chance to score big before they were swept into the dustbin of history. Some 60 years or so after it began, is machine translation ready to assume its place in that bin? The True Believers and profiteers will loudly say no, but at some point the dust will settle, the damage will be assessed, and we will find that the place of MpT is not at all what many imagine it to be today.
Posted by Kevin Lossner at 12:09 AM