Like many people, I am deeply unhappy with the changes that Microsoft made to its Office Suite in the 2007 and 2010 versions. Since I upgraded from Office 2003 about a year ago, I have been unable to find many functions I used for decades. I find the "ribbon" paradigm used in the current interface appalling. Icons have been carried much too far in interfaces. We need words to figure out where things are in most cases. Or I do at least.

This topic has been raised several times on the private translators' forum Stridonium in which I participate, but until recently I managed to overlook the solution suggested there. One colleague suggested the commercial solution from Addintools. When I mention this at last night's translators' social evening in Hohen Neuendorf near Berlin, one person there thought I was referring to a macro solution from Switzerland, which I was not. This morning he sent me a link to UBit's pages with their interesting solution: 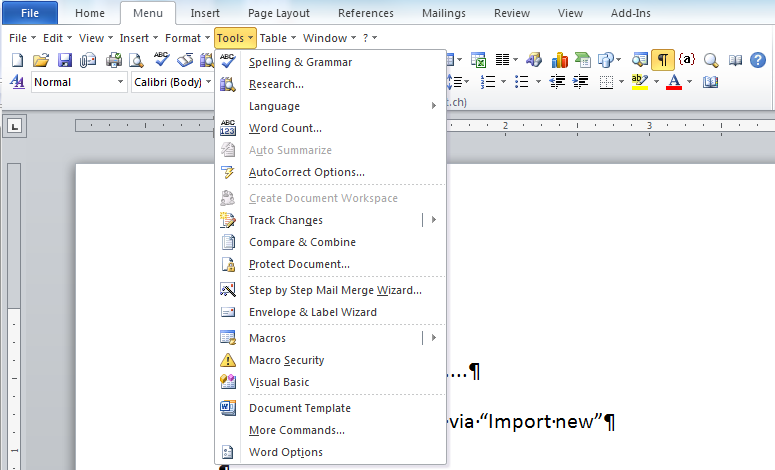 The macro from UBit adds a "Menu" menu to the MS Office 2007 or 2010 menu bar (how's that for redundancy in wording?). When selected, it displays a strip of dropdown menus corresponding to the structure of the MS Word 2003 menus. The product was developed to make the transition to the awful new interface less painful. So far it looks promising. There's a little info video, which is short on information but has a nice music track:

Posted by Kevin Lossner at 2:01 PM