This feature of memoQ is slightly controversial at the moment, because the scope of functions available in the Translator Pro and PM versions differ.

The idea behind source file versioning in memoQ 5 is to save time and avoid possible problems of pretranslating from TM(s) which may spit out the wrong material. To use source versioning in memoQ, you must specify it on the first page of the Project Wizard: 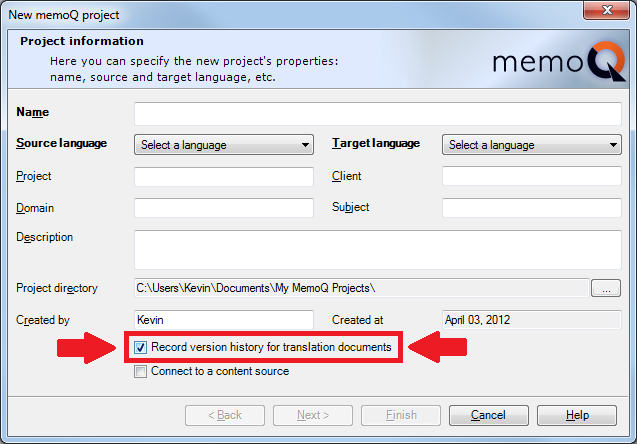 In the Project Manager edition of memoQ, the source document versions will be shown; currently that is not the case in the Translator Pro edition, but the various versions of the source text that are imported are tracked in the project just the same: 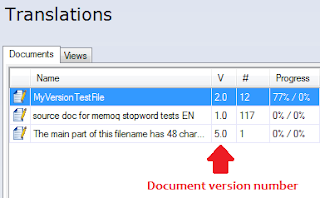 When a new version of the document is received, it is brought into the project using either the Reimport or the Reimport as... command in the Translations view. 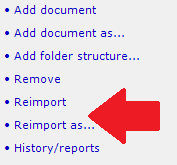 Clicking No in the dialog enables you to browse for the new version, which may have a different name or even a different file format. Here I replaced a DOCX with an ODT file. I could just as well have imported a PowerPoint file for content previously translated in an RTF file. 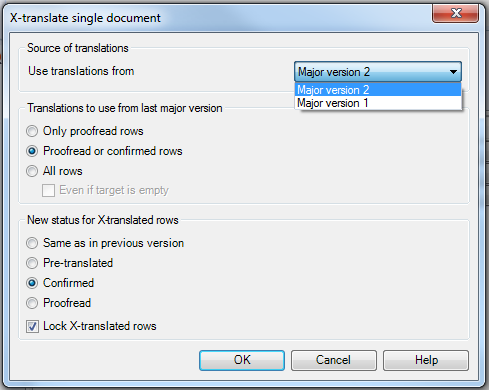 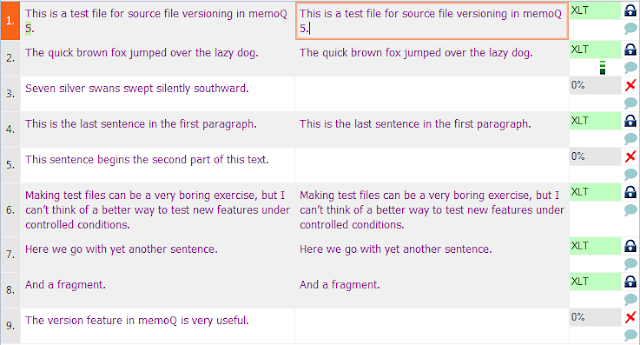 Easy to filter out the old material and translate the new stuff. If you do a pretranslation (Operations > Pre-Translate...), the TM will supply you with other matches which were not exactly corresponding to the previous major version selected.

In the Project Manager version of memoQ, it is possible to select various versions and output comparison views of the differences: 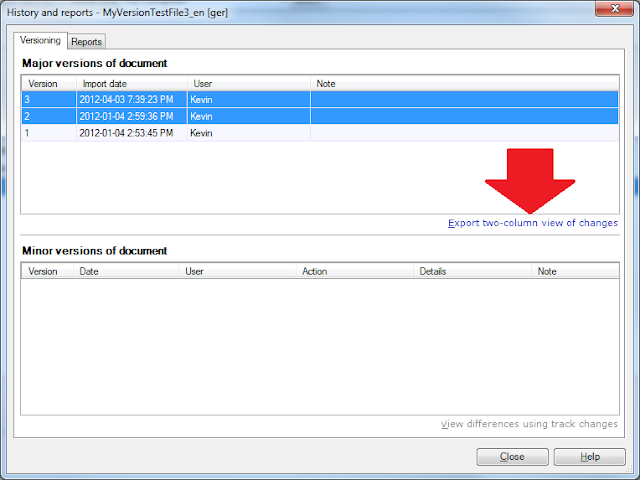 I find the HTML comparison table for major versions very useful, and I think it would be helpful for legal translators and financial specialists who are sometimes bombarded with dozens of version changes on tight deadlines. Thus it would be a good thing for Kilgray to reconsider this history feature for the Translator Pro version as well.

Posted by Kevin Lossner at 7:36 PM