When technology guru Jost Zetzsche (Twitter: @jermobot) recently reminded the world of the relative new memoQ plug-in for itranslate4.eu, I thought I would test and blog it for fun if not profit. Alas! The key validation for the free demo (10,000 characters) I "purchased" isn't working for me, so I decided to have fun another way until that gets sorted out. I plugged two sentences into their engine offering translations from six commercial MT tools, then I put the same two sentences in Google and Microsoft's MT engines. One of these sentences is fairly simple in structure, the other less so. I won't comment the results much; I leave judgment to experts and fools to make as they choose.

The results layouts for Google & Bing were modified for better viewing. I think there are plug-ins for all these engines in a number of tools if anyone is daft enough to really want to use them productively (thus unprofessionally ignoring many confidentiality requirements for clients quite aside from other possible issues). 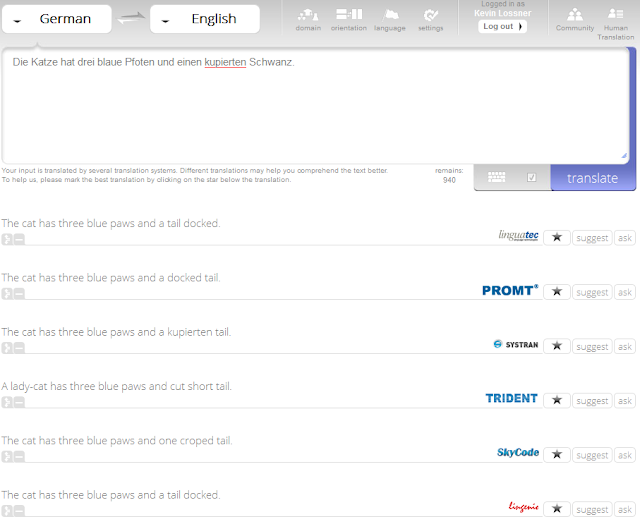 PROMT actually got it right and idiomatic. Should I be impressed? Repeats with other simple sentences showed that accuracy is a real crapshoot for all six engines, though True Believers in MT can serve the machine by suggesting improvements. I did my part by submitting improvements for sentences related to the ongoing Vatican scandals about abuse by priests. 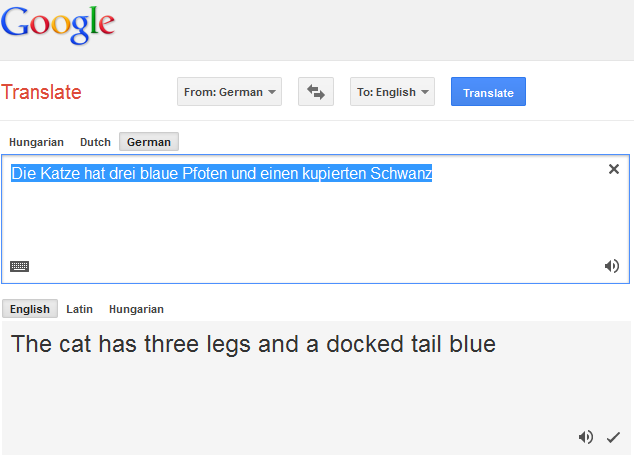 Go Google! Nice to know there are so many ProZ translators depending on this great engine :-) 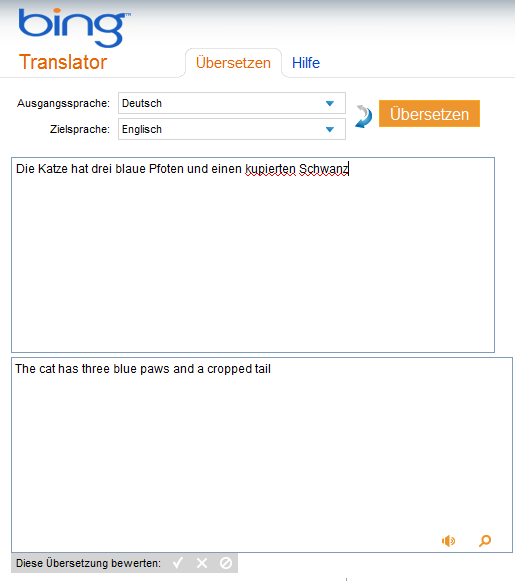 Full points to Big Bill & Co. this time. Two out of eight got it right. Hmmmmmmmm.

Now for something a wee bit more, taken from the Wikipedia entry on photovoltaics... 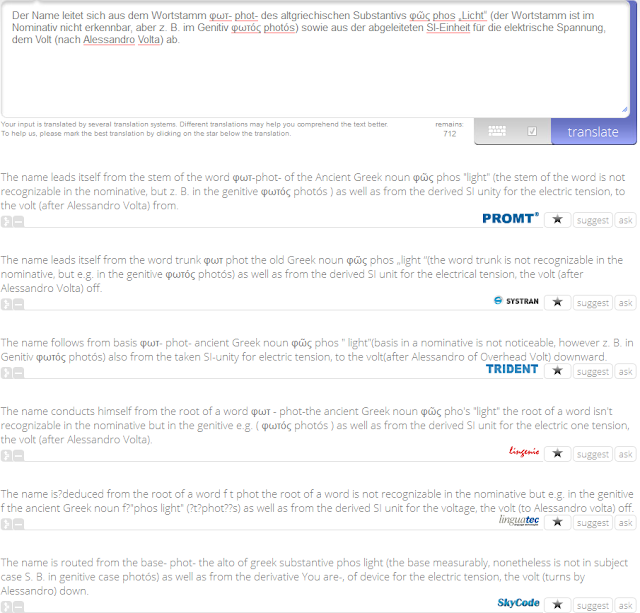 Our friendZ at Google say: 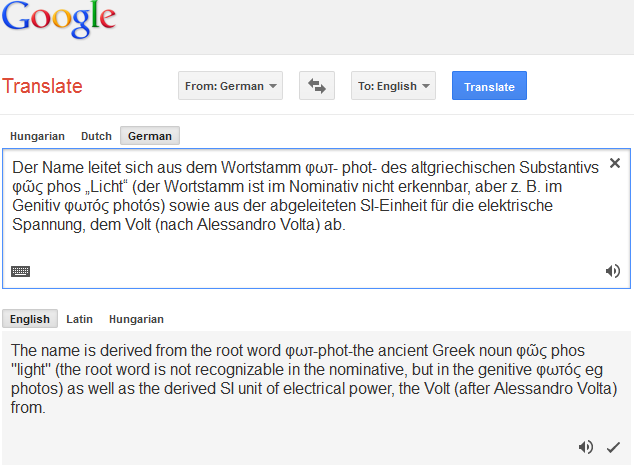 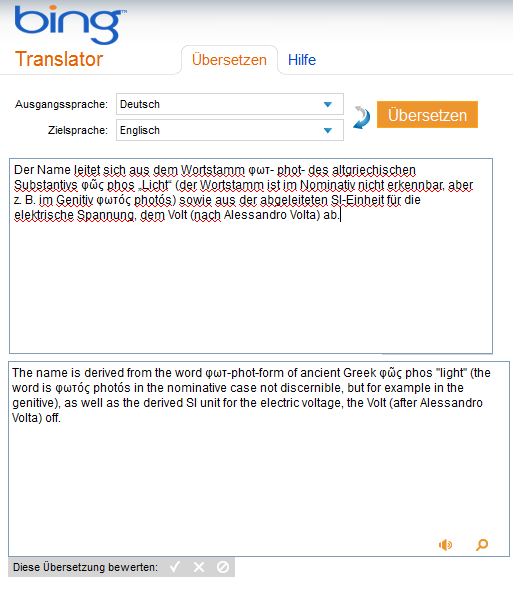 O what a Brave New World, that has such technology in it :-) I think I'll stick to my specialties and use the Dragon if I feel the need for speed. I can dictate fresh faster than I can analyze and fix even the simplest "close calls" for correctness.

Of course, sentence-by-sentence, results will differ in reliability with every engine. But isn't it simply better to use the most reliable engine of all: BAT* with a good translator?

A recent LinkedIn discussion went on at length about quality metrics and other bla bla for MT. And there are various discussions of "best practice". Given enough beer or other intoxicating substances, I'm not averse to engaging in such discussions, and the ten-year-old in me who still likes to fiddle with things IT does take an academic interest in the subject of MT and productivity, but if I want real work and real quality (and yes, Renato, Kirtee, et alia there is such a thing, though its definition will vary by domain and be ever disputed... try telling a customer trying to understand a user manual that it doesn't exist or watch the faces in an audience as a translated speech is delivered in various versions, or send your marketing brochure for the UK to Bangladesh or Russia because rates are lower) I will find it with methods that stay far away from MT. Let the competition do otherwise. PLEASE.

* "brain-assisted translation", a concept once common in the days before the IT devoloution of the profession and still favored by a few high-earning dinosaurs