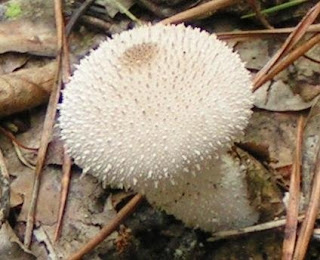 As incompetent hypermoderation and other difficulties such as security breaches and Google advertising display policies at PrADs (which even led to the opening of the Ukrainian office being linked to mail order brides) have continued to put the squeeze on the translator community, sites for peer support and professional exchange among translators have been sprouting like mushrooms after a warm summer rain. It is interesting to note that unlike other translator sites which have been around a while (such as Aquarius, Translators Café and Go Translators), these new sites place little or no emphasis on project opportunities which for many too often mean a race to the bottom on rates. (Personally, I see this differently, but that is a common perception. I find the recent call for a ProZ boycott because of the fact that some are unhappy with posters suggesting rates to be more than a little ludicrous. If I don't like a rate, I'm not shy about proposing a better one. I will admit, however, that when someone asks for my "best rate" and I respond with € 2.50 per line there might be a fundamental failure to communicate somewhere.)

I've mentioned one of these sites already: Watercooler, which is organized by Andrew Bell in Australia. The rate at which this site has been growing is phenomenal, and I've really enjoyed the developments at that site in recent months. Discussions are uncensored but respectful and there is a great community of experienced colleagues there. The Watercooler is not indexed by search engines, and it includes a personal blog feature where the scope of readership can be set by the poster. The site uses Ning as its basis.

Stridonium is another very interesting private site. It's a rather quiet paid site (somewhere between 50 and 100 members at present) with an interesting twist on terminology. I joined about a month ago and am not yet fully familiar with the environment; what attracts me most to it is the caliber of the people there and the fact that it is completely cut off from the search engines.

Then there's the new L10NCafé for the localization crowd. My eyes tend to glaze over when numbers and letters get mixed up without spaces in the same block of text, but if you're into that, it's there. Given some of the people involved with this new site I think it will develop in an interesting direction.

Last but not least in the list of recent social network sites for translators is Langmates.com, launched four days ago by AIT after a brief beta period. It seems to be picking up members at a rapid pace. While I'm sure that there is some commercial interest linked to the launch, I don't see that as a bad thing; I like the beginnings I see. The company makes a nice range of affordable tools for various important tasks that translators face. Although our two-person office has outgrown Translation Office 3000 (because we need online access for two or three persons), I still think it's probably the best all-round, affordable solution for project management, customer records, billing and business analysis for freelancers who don't outsource. So I like the company and I like what they have started with the new network.

There are also good networks for translators that have started recently in South America and probably elsewhere; I'm not yet personally familiar with any of these, so I hope those who are can share some information for others in the comments. In my own part of the world, the BDÜ launched a members-only site that has developed into a very good platform for information exchange over the past few years. The ITI and ATA and others also have good private sites for members.

All of these different forums and portals take rather different approaches which may match the needs of different individuals to very different degrees. And that's a good thing. Translation is a very individual, personal business, and while most of us share particular concerns, there really is no single set of tools or one environment that will meet the needs of everyone. As much as some colleagues like to throw stones at ProZ (and I'll include myself there on the right occasions), it's a platform that helped me a lot in the past and continues to help many others today. Ditto for some of the other "job sites" I mentioned. But there's a lot more, different and often better value out there for those who are ready for it.
Posted by Kevin Lossner at 9:20 PM