We’re all afraid of failure – it’s deeply hard-wired into our genetic code. If our forebears had not succeeded in avoiding all the predators on the primordial savannah by listening to those trembling fears, none of us would even be here today.

And then there’s the shame of being told we are wrong. We avoid this at all costs because the downsides are so painful -- loss of approval and respect, and a feeling of personal regret.  We’ve all been there.

Novice translators often instinctively avoid these risks by playing it safe, or engaging in what’s called “risk aversion” – clinging to dictionary definitions they can point to later in self-defense, providing literal renderings of the source text and other approval-seeking behavior.

This is exactly the wrong thing to do.

I learned this lesson as a young rock climber in the arid mountain climate of Arizona.  At high altitudes, novice climbers instinctively cling to the rock face, pulling their face and upper bodies flush to the rock with their arms.  This is totally understandable.  Fear will do that to you when you’re 400 feet up in the air and there’s nothing below you but more rock.

Unfortunately, this is the wrong instinct.

While your face and upper body feel safer as they cling to the rock, that position pushes the toes of your feet – on which all your weight rests – ever so slightly outward.  It dramatically increases the likelihood that you will slip and fall.

Experienced climbers hold their upper bodies slightly away from the rock face – this pushes their toes and feet into the rock, and gives them greater stability and mobility.

Experienced translators do this, too.  A lifetime of climbing all over texts has taught them to cling less desperately to that rock face.

Since novice translators lack this experience, another strategy they use is to defend a translation based on their “feeling” for the text, or their “intuition” on how a text should be rendered.

This is certainly seductive, because we have all experienced how successful this strategy can be in personal interactions with spoken language in social situations where two people are working together to find common ground.  But those conversations are usually in limited domains, rely heavily on visual cues and body language, and are forgiving of errors.

This strategy utterly fails in written translation when it’s just you and the source text staring you in the face.

That’s because it falls victim to a human cognitive flaw. The psychologist Daniel Kahneman calls it the “WYSIATI Fallacy” (“What You See is All There Is.”)  As Kahneman notes, “It leads a mind to experience high confidence much too easily by ignoring what it does not know.”

Let’s see if I can explain that one a bit better.

Skill in the translation field is a form of wisdom that relies on extended life experience in which we make repeated errors that are then corrected, sculpted and eventually perfected over a period of many years to form the building blocks that we use to convey master-level texts.

This is because translation is not one single skill, but a whole complex chain of specific, precise and in many ways unrelated skills.  These include, among others:

a) The ability to think and navigate in two or more languages simultaneously;

b) A talent for conveying ideas over complex and often incompatible terrains;

c) A profound sensitivity to the power and subtleties of different languages;

d) An artistic flair and ear for composition in your target language;

As you can see, “intuition” is a feeble weapon against such a fearsome task.

So try this: Take risks.  Ease away from the rock. Explore different routes and paths.

In practical terms, when you are first starting out, this means you will fail early and often. But the path to success in translation is paved with an endless cornucopia of errors. We learn and retain more knowledge from the errors we’ve made and learned from than the questions we got right the first time on the test.

Translation at its best is an essentially collaborative enterprise.  It requires endless learning from each other – mentors, instructors, colleagues and partners – every single day. So take the risk right now of being revised and re-written and corrected.

It’s a lot more fun when we’re all climbing this mountain together. 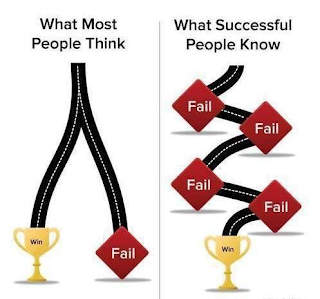