Richard Delaney on "SHALL" 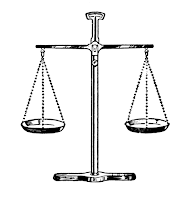 Legal translators and those who aspire to be are often confronted with arguments over the use of the word shall in legal documents such as contracts. Here, my esteemed colleague in translation, attorney Richard Delaney, offers his sensible and rather comprehensive perspective on the use of shall and purported alternatives.

The text of his guest post was originally part of a social media discussion in which participants felt it would be a shame for such an excellent explanation to disappear into the scrolling void as so many things often do.

Below please find a brief summary of the main reasons I like shall, and do not believe that the alternatives come close:

If I say "shall we have a cup of tea" or "we shall see" that implies no obligation, it is merely a question or a statement. If I use "shall" in a contract, it implies a clear, contractual, future obligation. Ideally I would steer away from such ambiguity; however, the fact that "shall" is now almost extinct in normal usage means that it is now considerably less ambiguous than it might once have been. Particularly in contracts, or legal writing generally, there is virtually no other meaning that can be attributed to "shall" other than a contractually agreed future obligation of a party;

All of the alternatives that are frequently suggested have drawbacks:

"should" - this means something else (and the German "soll" is a frequent mistranslation into German, where "shall" is often misunderstood to mean "should"). "Should" suggests a preferred approach, but does not impose any firm obligation. While there have been court decisions in Germany that "soll" is an indication of the standard situations, which should only be deviated from in exceptional circumstances, but crucially "should" DOES allow a certain amount of flexibility. It is basically saying "It would be nice if you could do that, and we would really appreciate it if you could try, but don't worry too much if you can't".

"will" - "will" is one of the suggested alternatives touted by Garner. It has the advantage of corresponding more or less with the German usage and of being a more commonly used word, but semantically the meaning is different. "Will" is a statement of fact, not one of obligation. Drafting a contract, however, is rarely done by anyone clairvoyant, who can actually predict what "will" happen. Of course "will" can be used in contracts, to set out what certain consequences are ("In the event that raw materials are not delivered in time, the Purchaser will have to suspend operations until such time as new raw materials have been delivered..."), but it is unsuitable to express a contractual obligation. Even if one argued that "will" is regularly used to describe future intentions, and claiming that only a clairvoyant could properly use it is overly semantically pedantic, it still fails to impose the obligation aspect of "shall". Stating that "Party A will deliver 25 tons of bananas without abnormal curvature per calendar year" is merely a statement. It might be useful if I describe the setting to a third party I want to enter into business with (for example a publisher for banana dessert recipes), for whom that information is of interest. However, in a contract with Party A, that statement, although expressing some future intent, fails to impose any firm obligation to do so. Arguably any such obligation might be implied if the contract includes certain sanctions for any failure of Party A to deliver, but then it is necessary to construe "will" by using context, rather than having the semantic clarity of "shall".

"must" - this is actually my favourite alternative, if one had to opt for one, as it clearly imposes the obligation, it also makes it clear that this is something that HAS to be done, rather than something that WILL be done. However, "must" also has a slightly different meaning, as it describes a necessary element, rather than merely an obligatory one. "Must" is a practical precondition, while "shall" is merely an obligation. So, I might say "The translation must be delivered before 9 a.m., as any later submissions will be discarded", or "a supervisor must be present before any heavy machinery may be operated" - in either example, a failure to comply will make the intended action (legally) impossible. Obligations that are phrased in the "shall" form, on the other hand, are contractual obligations, but a breach of those obligations does not result in a complete impossibility of the intended action. It is a little bit like conditions and warranties in a contract- one entitles you to terminate, the other merely entitles you to damages.

I am a firm believer that "will" and "must" (and to a lesser extent "should") do have their place in contracts, but their meaning is slightly different to that of "shall". If one tries to substitute any of the alternatives, that increases ambiguity (while the stated aim of using these alternatives is to simplify the language used), and impoverishes the language. To my mind that is counterproductive.

Of course things change, language usage changes, and legal style changes. I don't have any objection to that- on the contrary, I think that a lot of the moves towards more comprehensible legal language are commendable. However, English contracts have traditionally been written slightly differently to, say, German contracts. In English legal language we don't have the convention of using the present indicative to express a party's obligations (so while a German text might say "Party A delivers 25 tonnes of bananas a year", this statement, which would be a clear expression of a contractual obligation in German, would likely only be read as a statement of fact in English. An obligation would be expressed as "Party A shall deliver... "). While stylistic conventions can obviously be changed, I see it as again being counterproductive, as it is more likely to lead to more confusion, rather than reducing it.

That is why, all things considered, I still favour using "shall". 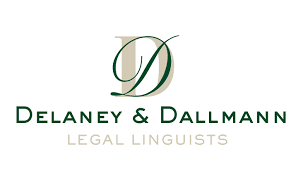 The author of this guest post is a respected expert on German and British English legal language, offering a range of consulting, translation and education services. Information on the current seminar program of his partnership can be found here.

Email ThisBlogThis!Share to TwitterShare to FacebookShare to Pinterest
Labels: contracts, legal, shall