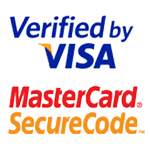 Kilgray's memoQ Cloud service is a very convenient platform for learning and testing the latest features of the memoQ server and operating a server for small teams without the hassles of maintaining the server infrastructure and software in-house. For those considering a dedicated server for their company or institution, it offers an excellent opportunity for pilot testing at low or no cost depending on how long you use it. The first month is free; after that the monthly charges (to a credit card) currently start at EUR 160 or USD 175 for an account with one project manager license and 5 web access licenses (to which anyone with a licensed copy of memoQ can connect, without the need to include Translator Pro licenses in the subscription - these are needed only if users without a license will be connecting with the desktop editions of memoQ).

I use the memoQ Cloud server occasionally for shared projects, because it allows me to configure files and resources (of all kinds) more conveniently than file-swapping by e-mail or Dropbox folders and provide better support to my team members. For €160 per month in the months I need it I am on equal footing with any large agency with a memoQ server for the team sizes I want to work with. And I can even share the translation memory resources with colleagues who use SDL Trados Studio using the free Kilgray plug-in for that platform which enables access to any memoQ server online (with an access account created).

The only disadvantage of this service for me is Kilgray's annoying tendency to force upgrades much too soon in the release cycle. This won't matter at all to someone testing the memoQ Cloud server to evaluate the latest release; in fact, this is helpful to avoid the occasional server setup difficulties with new versions on which the paint has not yet dried so you can focus on evaluating features and general stability. But if you are in the middle of a big project, this can be a nuisance. More often now I assume, since Kilgray's current strategy involves more frequent minor version releases. If there is a compatibility problem between the latest release and a team member's memoQ software version, and that person isn't current with the annual maintenance and support plan (which includes free upgrades), they will be stranded for access from their memoQ desktop application until the missed annual fees are paid up.

But until today there was another mysterious hassle that I finally got sorted out. When I first started using memoQ Cloud, I paid the subscription with a US credit card from an old credit union account there. No problems. However, when I incorporated my business in my current country of residence and tried to use a card from my business account there, it never worked, and the explanation screen was displayed for only a brief time, with the text completely garbled due to an incorrect codepage specification for the web page. The first time this happened, I assumed the problem was Kilgray's, and after some back-and-forth with support, the company kindly made an inconvenient exception to their "credit card only" rule and sent me a normal invoice to pay by bank transfer. This isn't a usual thing as I have learned from some frustrated potential corporate customers who don't want to pay by credit card, so I am grateful that something was worked out in that case so I could get on with some urgent teamwork.

After a break of six months or so, the need for a cloud server arose again, and again I had the same trouble with my business credit card. After grumbling briefly to a friend at Kilgray who had sorted the mess out before, I decided to call my bank, because in the meantime my reading skills had improved enough that I was fairly sure that the trouble had nothing to do with Kilgray. Indeed.

The credit card verification and approval service used by Kilgray for web payment is 3-D Secure. In the case of my bank, this service is not available for credit card payments unless its activation is specifically requested. Such a thing never occurred to me, because I use the same card with Amazon and others to order dictionaries and other work materials. As the technician at my bank's help desk explained, there are several different payment approval systems for web transactions with a credit card, and it's merely a coincidence that the others I have dealt with haven't used 3-D Secure. He activated the service immediately (no cost), and five minutes later my memoQ Cloud subscription was renewed with the means of payment I preferred to use.

So it was in fact not Kilgray's problem at all, but it's probably a good idea for their support staff to take note of this scenario, because I am surely not the only one who got tripped up by 3-D Secure not being activated for my card. I am sort of embarrassed that I didn't think of this possibility earlier, but I don't do a lot of shopping online, and for minor stuff if one card fails for reasons unknown, I just shrug and use another. In fact, I think the same problem may have occurred with an airline ticket last spring, but I never associated that with my earlier troubles.

So now I'm up and running with the server version 8.2.5 on the memoQ Cloud, hoping I can finish my training project on that version before the impending release of memoQ 8.3 and the possibility of an upgrade before I get the work done. Tick, tick, tick....
Posted by Kevin Lossner at 9:10 PM