The memoQ world looks very different in the typical view of a translator versus that of a project manager.

These differences sometimes lead to difficulties in training or documenting procedures for others. It can be quite annoying, for example, for the students in a university translation technology course to watch their professor demonstrate a technique in the project manager version as they stare at their local copies of memoQ Translator Pro in the computer lab and try to repeat the steps in that different environment.

Project managers who never or seldom use the Translator Pro version often sow unintended confusion when they explain to a translator who isn't a memoQ power user how to performcertain tasks; it really would help if both were looking at the same setup.

I used to spend a lot of annoying time changing the license in my copy of memoQ when I needed to change from one edition to another for purposes of teaching or writing help instructions for the blogor elsewhere. No longer.

A few years ago, memoQ developers and testers got tired of the same problem, so Kilgray made it possible to switch easily back and forth between the edition views. The only catch, as far as I know, is that you must be using a PM license, such as the one that is included with the memoQ cloud service account.

Switch-hitting with memoQ is very simple, just a few little steps. These are: 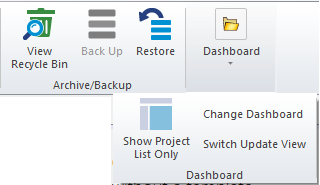 That's it. So if you are a memoQ trainer or a project manager who needs to explain something to a frustrated translator in a visual context they can relate to, you have another tool to help you with that. This has been a great boon to me for the past few years, and I am very glad to have it in my tattered bag of tricks.

Posted by Kevin Lossner at 6:09 PM