Changes in the translation menu options in version 6 of memoQ have caused a little confusion with some users. The differences in handling "memoQ bilingual" files, which are used for external translation or review, seem to cause particular stress in some cases.

In previous versions of memoQ, the bilingual files had a special command for importing, re-importing or updating (Import/update bilingual). In memoQ 6, this was consolidated with the Import function, which replaces its predecessor in earlier versions, Add document. 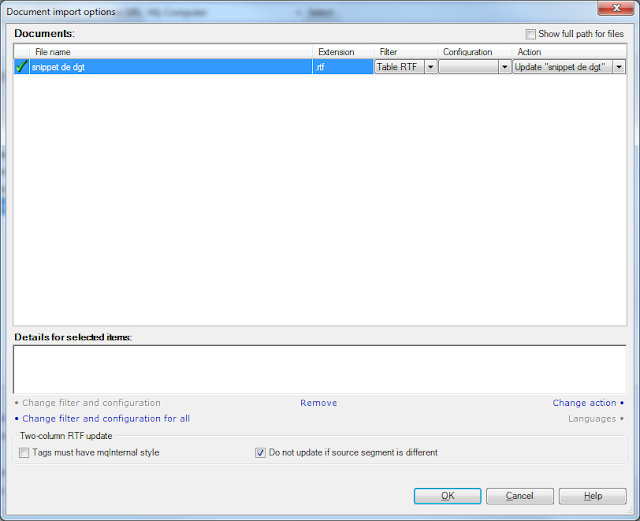 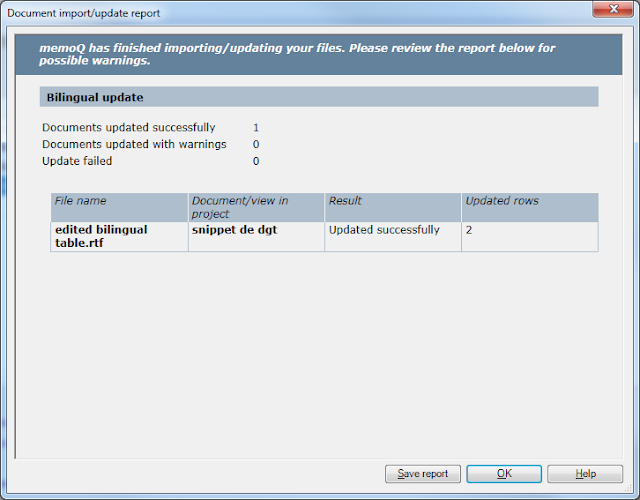 After that, the changes can be viewed with tracked changes features if desired (if versioning is activated): 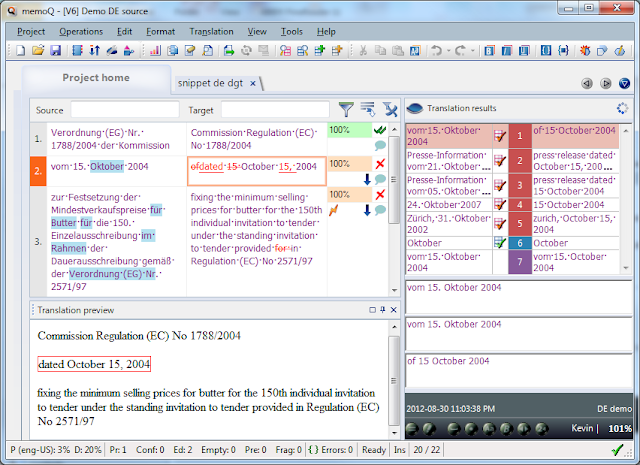 Even without tracked changes, the status of updated segments will be set to edited, so these segments can be found quickly using the filters to confirm that the changes are acceptable before the finished document is exported.
Posted by Kevin Lossner at 11:30 PM