Yesterday I had the privilege to present the first of a series of workshops intended to convey my ideas for small-scale outsourcing management with the version of memoQ typically purchased by freelance translators. The participants were project managers at a translation agency that has begun to test the waters for using memoQ to overcome long-term compatibility issues between Trados versions in their accustomed workflows. I have been supporting them occasionally as a consultant over the past two years to deal with sticky issues of text encoding and translators who can't follow directions while working with a disturbing range of tools they often haven't mastered. It's been fun, and I've learned a lot from the infinite human capacity to instinctively ferret out the weaknesses of software and processes.

So I decided to put together a personal overview of the compatibility interfaces for the memoQ Translator Pro edition and my own thoughts on best practice and share it with my colleagues. I wanted to avoid burying everyone in technical detail but instead present the material in a way that most anyone can understand and apply. I don't believe in silly notions such as expecting the average intelligent user to learn and remember the use of regular expressions and other arcana that I, despite four decades of IT experience, continue to struggle with myself too often.

The presentation
It was delivered in two parts in a three hour period, with a long break for coffee, chat, snacks and checking e-mail or testing ideas learned in the first part. Participants were provided with screenshots of the main application screens and did not sit in front of computers but engaged in the discussion. The actual project experience and understanding of the participants was polled at appropriate intervals to make sure that the delivery was relevant and the information was understood and able to be applied.

The goal was to achieve an understanding of memoQ as a central platform for
memoQ is "compatible" with
so except in the case of projects requiring live, direct work on a third-party translation server platform (such as one from SDL), some reasonable workflow can be found to collaborate with almost anyone using other tools.

memoQ is sort of like the Swiss Army knife of translation environment tools when it comes to compatibility. Only better. Some say it's more compatible with Trados than Trados. And in many cases they're right.

I sometimes think of memoQ as the hub of a wheel with translators, reviewers and customers working with many different environments as the "spokes". 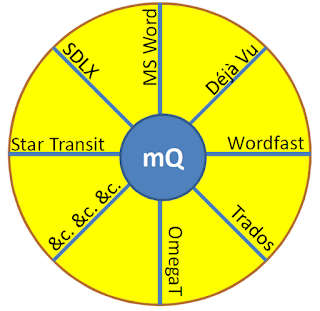 1. Reading in the data after it is properly prepared
In this step it is important to choose the best method´s of data import and the appropriate filter or combination of filters. In memoQ, filters can be cascaded to convert and protect sensitive data as tags. Thus HTML and placeholder tokens contained in cells of an Excel file might be protected by "chaining" an HTML filter and a custom filter using regular expressions after the usual filter for Microsoft's Excel format. 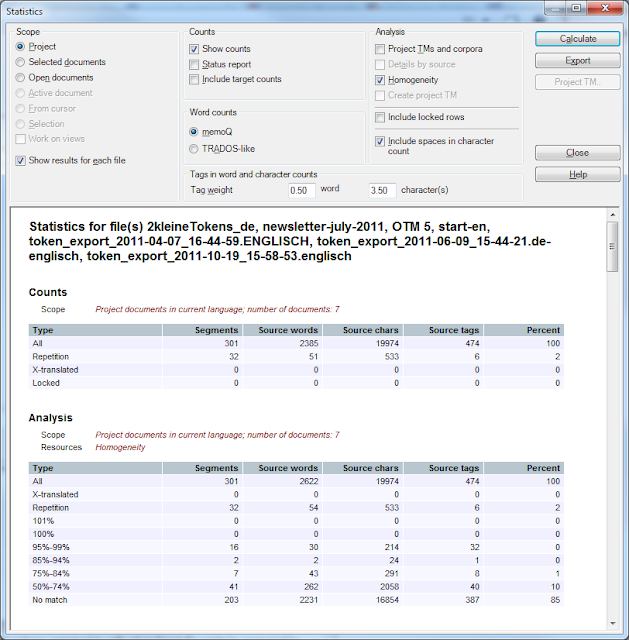 Many options are available here, including the weighting of tags to compensate the extra effort involved with complex formats and determining internal similarities in a text (aka "homogeneity" or "fuzzy repetitions") to facilitate better project planning.

3. Extracting terminology (particularly useful for large projects for one or more translators) 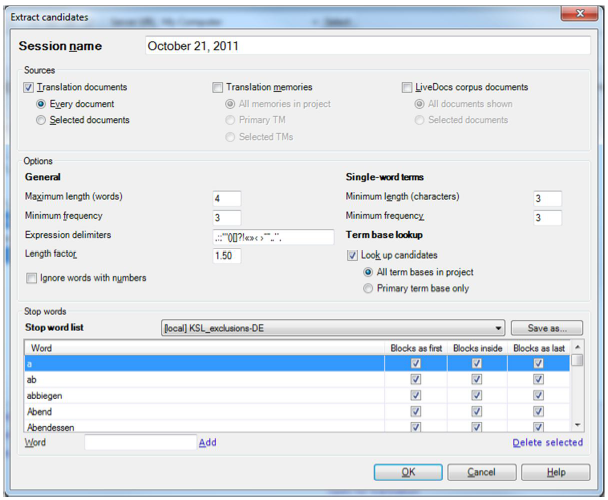 4. Preparing and exporting files for translators 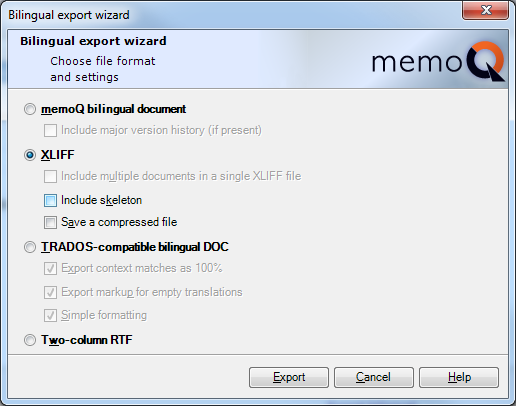 Projects can also be sent to translators using memoQ as handoff packages or complete backups with all attached TMs, termbases and corpora. 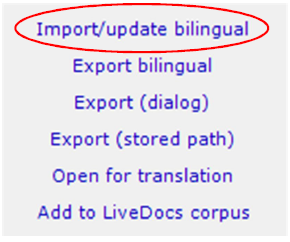 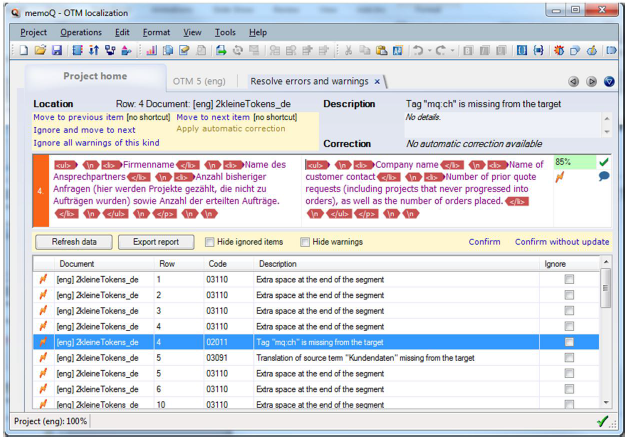 7. Generating target files and other information for delivery, final statistics 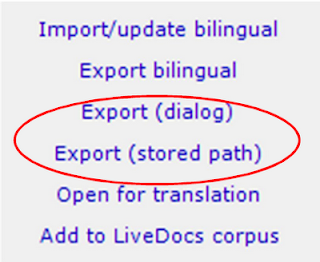 Recommendations for best practices in choosing formats for translators, reviewers and others using a variety of tools will be covered in the second part of this summary. Those interested in a live presentation or relevant materials are welcome to contact me privately.

Posted by Kevin Lossner at 5:55 PM