memoQ 5.0: great things ahead for freelancers, LSPs and enterprises

I wasn't much of a Boy Scout today; having taken an elderly neighbor to a doctor's appointment that was supposed to take a few hours, I hurried home to catch Kilgray's introductory webinar for memoQ 5.0, and when I got a call to tell me that the treatment was complete, I left the patient stranded until Gábor Ugray, the head of development at Kilgray, had finished his fascinating presentation and answered the last question. I think it's fair to say that the upcoming version is the greatest advance in memoQ technology in the company's history. And the most exciting innovations aren't even the ones I've been looking forward to the most for anybody's product for many years.

In his presentation, Gábor did a good job of describing the benefits of the new features for the three major target groups: individual translators, language service providers (agencies) and enterprises. The major innovations in version 5.0 include: 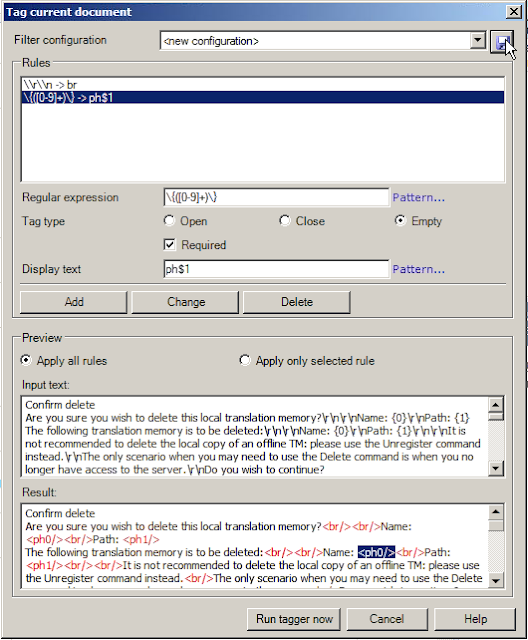 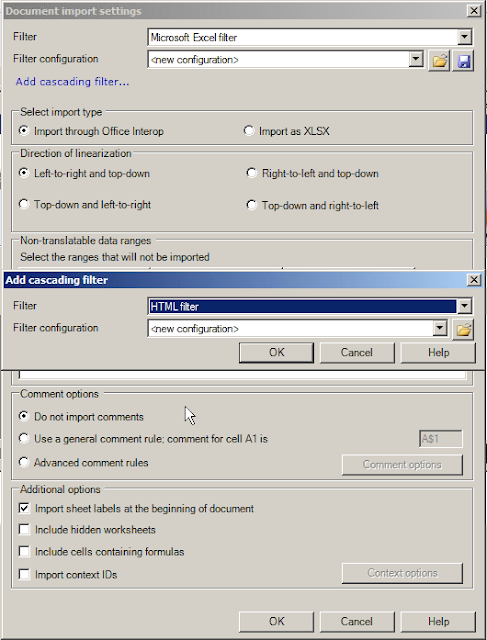 The major benefits of the new version for each target group were described as follows:

Individual translators
LSPs (agencies)
Enterprises
The new web-based technologies, qTerm (the advanced server-based terminology management tool released last spring) and WebTranslate (a soon-to-be released product offering the features of the memoQ translation client in a browser) also offer functionality of interest to many agencies and enterprises. Here the Kilgray products are behind the market introduction of similar products offered by SDL and others, but a lead in time does not necessarily translate to a lead in value or function. Kilgray's server products offer innovative features that may be decisive for many clients in the targeted markets, features which are not offered by the more expensive competitive server products.

The regex tagger essentially enables custom tagging of any content, and the configurations can be saved and used sequentially with other filters. This would have been very useful in a number of projects I have done over the years, where HTML content was embedded in Excel or XML files and particular care was needed to avoid damaging the tags. I can also use this feature to protect placeholders in an ongoing localization project I do based on Java Properties files. Placeholders like [% COMPANY_NAME %] can be turned into tags and protected from damage. The tagger and the ability to chain file filters together are the features I find most personally interesting in the new version, though it is the terminology features I have wanted the most and for the longest time and shall benefit from in nearly every project. The combinations of sequential filters can also be saved for re-use.

The new memoQ statistical term extraction feature will not replace SDL's MultiTerm Extract for bilingual term mining of TMs, an application I am rather fond of. It is, however, a clearly superior tool for monolingual term extraction from source texts, and the integration with term bases looks promising at first glance. I am also quite excited by the inclusion of a feature I suggested some time ago: combination of term "hits" by stemming. If, for example, I want to combine various forms of a German adjective like säurefest, säurefeste, säürefestes, säurefestem, säürefesten, etc., I merely set a pipe character after the word root (säurefest|) and all the other entries and their statistics will be combined. I don't know at this point if it is possible to define exceptions, though I do see this as necessary, for example for German superlatives. But it's a good start in any case.

The tracked changes feature and versioning will be extremely useful to those who have to deal with projects where new versions come fast and furious and it's easy to lose the overview. It also has a lot of potential to improve editing and review workflows. Changes can be displayed between any two document versions, and "snapshots" of work in progress can also be saved for purposes of work and comparison.

The new features I've described are by no means all of what we can expect in memoQ 5.0. Gabor mentioned a number of other things in passing, such as "watched folders", which I assume will enable some sort of file import automation in projects, but frankly there was so much to absorb, and I found myself dwelling on a number of personally exciting points, so that I missed other features which may also be of interest.

Version 5.0 will be published at the end of June as a release candidate (i.e. presumably table beta version), with the official release a few weeks later after the inevitable initial bugs are ironed out. During that transition period, a parallel installer will be available so that users can work safely with the current version 4.5 while still making the acquaintance of the new version.

Congratulations are due to the Kilgray team for the many important advances in the upcoming release. I also look forward to the effect this may have on the market: by setting the bar of innovation and usability higher than ever, Kilgray should further inspire its competitors to respond with interesting new features and variations on these new themes. And that will be good for all of us.
Posted by Kevin Lossner at 11:06 PM