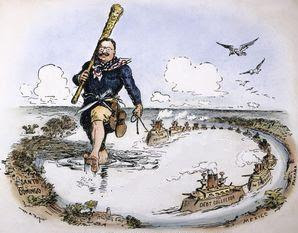 I work with a lot of agencies alongside my direct clientele. How many? It's hard to say. Some are "frequent flyers", others would like to be and others show up once a year or less frequently with some oddball job that only a freaky specialist with a knowledge of contract law and gene technology can handle. Somewhere upwards of 50, possibly more than 100. Over the years definitely far more than 100. With all those relationships over the course of a decade I have experienced very few payment problems. Once in a while there are delays, lost invoices or other issues, but I am careful in choosing my cooperation partners, and it is rare that I deal with deadbeats like some have the misfortune to encounter.

I haven't been entirely spared by fraudsters. Years ago when I first started translating, I was given an interesting historical text on German rearmament to translate, and the "agent" disappeared into the dust. Several other victims had taken projects from this person through ProZ postings, but although we shared information, none of us were able to do better than to trace the crime to a particular area of the UK. However, I try to make something good of whatever I'm left with in any situation, and the text I translated has been a useful part of my example portfolio over the years. Directly or indirectly it has helped me to land other interesting (paid) projects.

How was I able to do this? Very simple. I own the copyright to that translation! Under the contract law of most civilized jurisdictions, a translator will retain the copyright to any work for which he or she has not received the full contractual consideration.

This is useful to consider in cases where a client has not paid a translator. If my direct customer or my agency has not paid me, I retain the copyright to my work. If that work is published in print or on the Internet, this can have serious consequences for the individual or company publishing the information. I mentioned this to one worried translator who contacted me privately with her collection concerns after reading about the payment practices and other issues with a notorious Swiss fraudster (slither, slither); in her case the end customer was the EU, and the suggestion that she would report the nonpayment resulted in a quick transfer of funds despite insolvency proceedings against the company. Others have used similar tactics with success.

Do check your local laws in such matters, but in general copyright can be though of as a big stick that can crack some pretty hard nuts. And even where there is no payment issue, the formula no consideration = no contract can be useful in dealing with those pesky unpaid "test translations". These too may be fodder for the sample portfolio.

I am personally relaxed in dealing with intellectual property issues when it's a matter of my property. In the late 80s I gave a patentable process for a new medical device material to a friend to help him out; the process was worth millions, resulted in IOL implants in some millions of people around the world and made a number of people rich. And all I got was a lousy t-shirt. Well, a bit more actually, but I'm still working for a living and cleaning my own toilet without regrets. So I don't get too picky about TM copyright issues or worry about these things for the most part. Unless some fraudster is trying to take advantage of me. Then I grab that copyright with both hands, raise it high and...

Posted by Kevin Lossner at 5:03 PM