Much Ado About AdSense 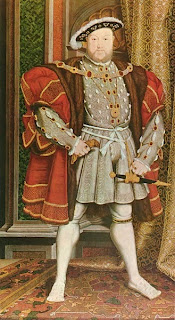 In Ye Merrye Olde World of Translation Workhouses, there has been renewed debate lately regarding immodest and professionally unacceptable Google Advertisement in the kingdom. This was noted, along with a few examples, in my Facebook commentary "Get your mail order brides through ProZ!". After I wrote my comments, the original debate thread (in German and English) continued and has not yet been locked, though my post (see below) took more than 24 hours for vetting (yes, I'm on probation again - God only knows why), and even Ralf Lemster's posts must now be individually approved, because the management is concerned about his "tone" in the matter. I find it rich that a person who was one of the longest-serving moderators on ProZ, who helped establish the brand in Europe and handled its payments here for years, who is respected by everyone who knows him for his competence and absolute straight arrow ethics as well as his helpfulness to those who are serious about the business of translation be treated like a naughty teenager because he thinks that fraudulent diet ads and offers of mail order brides do not project an image that will help translators in their business. His calls for action and accountability - and those of others - have been brushed off with platitutes about "two ecosystems" and other irrelevancies. There is a problem, however, when sewage from one ecosystem - the advertising system that constitutes the bulk of revenue at ProZ - pollutes the ecosystem in which translators try to do business. I commented:

With such advertisement, damage to image and reputation is inevitable, for us and for ProZ in general.

It is clear that ads probably make a necessary contribution to operations and that this must also be. I find the appropriate use of advertisement OK, positive even. It also need not be strictly related to language services; the travel sector is lucrative and fits an international image. Even I would click on GermanWings or EasyJet advertisement occasionally. However, the current approach is simply not acceptable. I find there is an urgent need to take action.

Time and again ProZ staff have claimed that it isn't possible to filter properly for languages other than English. However, information from other colleagues contradicts this. I won't speculate about this discrepancy, and in this case I'm not sure if all parties are really talking about the same thing. I'm not comfortable with this lack of reliable information, so I'm contemplating doing what any trained scientist would do: design and run an appropriate experiment. I have an AdSense account which I had to set up for purpose unrelated to any blog (and which I have never used, so I know next to nothing about it). I am considering immersing myself in the cesspit of Google ads and experimenting with them on this blog so that I can understand myself how these filters work, what the options are and who is giving the real story in the whole argument on ProZ.

If I do this, I will tweak the filters in various ways, then sit back and watch the results. I'm sure that not all of them will be good, so I apologize in advance for anything offensive. And then I'll take those ads off, because I don't want this space polluted with them for the long term. I have nothing against stuff like the AIT partner program, because I like their products for the most part and feel that they play a useful role in a freelance translator's business, and if SDL wants to sponsor a square centimeter of space at the bottom for fifty million euros a year, I might not say no, but I can't imagine allowing Google to determine what is relevant and helpful for someone who takes the time to read what I have to say. And *if* I do this, I will report the results, of course.

Posted by Kevin Lossner at 5:33 PM