For months now I've watched with some amusement as hardcore Trados users have insisted that their productivity depends on the split vertical view during translation. Some have come to realize that for editing at least, the parallel grid view for the source and target languages that one finds in SDLX, Déjà Vu and memoQ is much more productive. But they still insist they need the accustomed split vertical view to translate.

OK. No point in arguing about it. With Déjà Vu X at least, they can have the best of both worlds: a side-by-side view of source and target text before and after the segment being translated and the desired split vertical view. The corresponding settings can be adjusted via the Options menu item under the Tools menu, which presents the following dialog (relevant settings on the Environment tab marked with a red box): 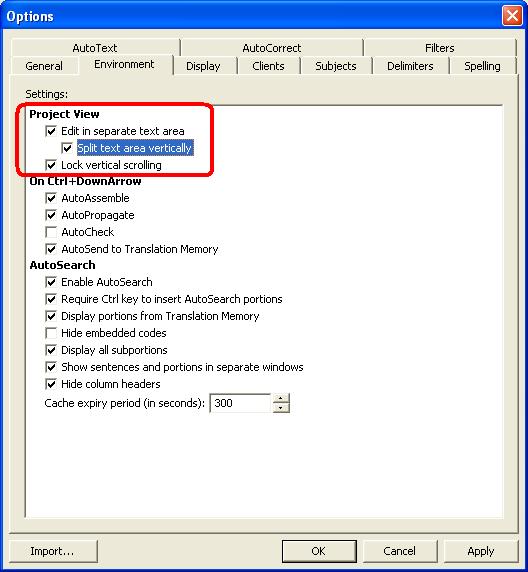 This changes the DVX working window to look something like this (relevant portion also marked with a red box, click to enlarge): 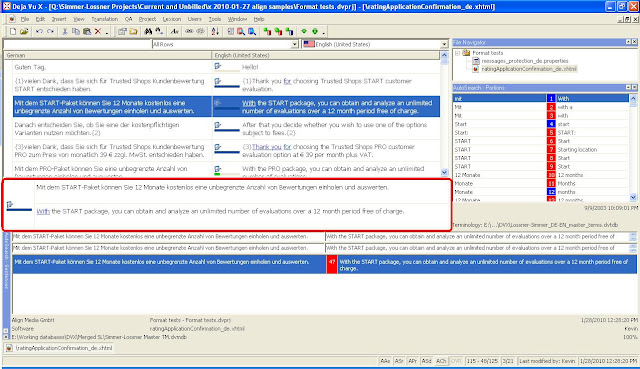 And of course as noted in a previous post (Atril's Déjà Vu as the starting point of collaboration), DVX has excellent interoperability options with Trados or other tools.

Posted by Kevin Lossner at 3:22 PM