Chrome speech recognition in all your Windows and Linux applications

In a recent social media discussion, a Slovenian colleague was asking me about the upcoming hey memoQ feature that I've been testing, and I found that iOS apparently doesn't support that language (nor does MacOS for that matter). But then she commented


I use Chrome's voice notebook plugin with memoQ. It works somehow for a while, then it gets laggy and I have to refresh Chrome or restart it. I miss the consistency and learning ability of DNS. But yes, the paid version allows you to use it with any app, including memoQ. The free version does not have this functionality. I love translating with dictation, I am not a fast typist and I rather hate typing...

I had no idea what she was talking about, but a few more questions and a little investigation cleared up my confusion. Some years ago when Chrome's speech recognition feature was introduced, it seemed to me that it should be possible to adapt it for use in other (non-browser) applications, and I think this was even stated as a possibility. But at the time I could not find any application to do this, and I'm too out of practice these days to program my own.

Well, it seems that someone has addressed this deficiency. 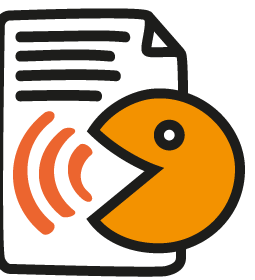 The voice to text notebook extension of Chrome has additional tools available on the creator's website which enable the speech recognition functions to be used in any other application. This additional functionality is a service with fees, but at USD 2.50 per month or USD 16.00 per year (via PayPal), it's unlikely to break the bank. And a free trial of two days can be activated once you have registered. I'm testing it now, and it's rather interesting. Not perfect (as noted by the colleague who made me aware of this tool), but it may be an option for those wanting to use speech recognition in languages not currently supported by other applications.
Posted by Kevin Lossner at 9:27 PM