A few days ago I was preparing screenshots in memoQ for lecture slides. As I tried to select a PDF file to import, the defective trackpad on my laptop caused a file farther down in the list to be selected, and I got a surprise. Not believing my eyes, I tried again and saw that, yes, what I saw was indeed possible... 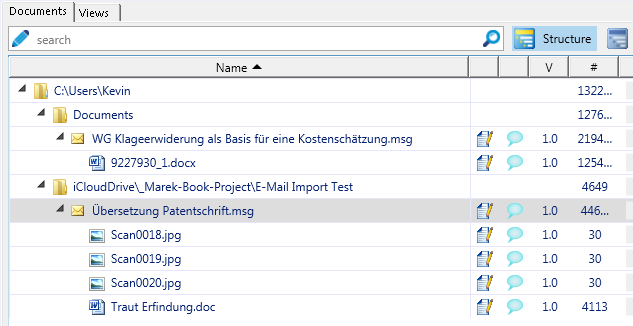 ... saved Microsoft Outlook MSG files (e-mail) are imported to memoQ with all their graphics and attachments! Kilgray created a filter some time ago and simply forgot to document its existence publicly. As of the current versions of memoQ you won't see this in the documentation or the filter lists of the interface, but memoQ can "see" MSG files, and if they are selected, this hidden filter will appear in the import dialog.

And this also works for LiveDocs. 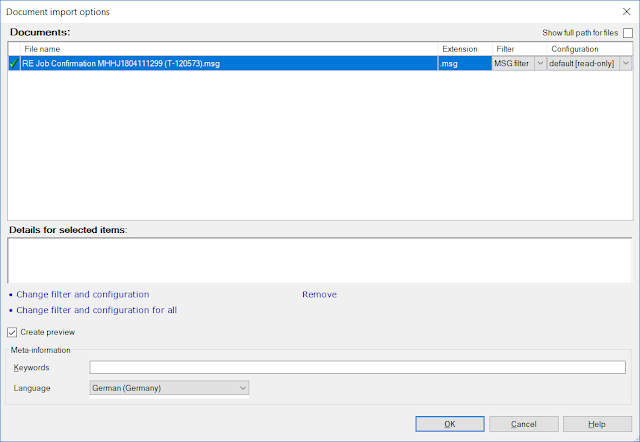 At the time of this discovery, I was working on a little job for a friend's agency, and her project manager had sent me a list of abbreviations in an e-mail. I was too lazy to make the entries in my termbase, so I simply imported the mail to the LiveDocs corpus I maintain for her shop so that it would show up in concordance searches: 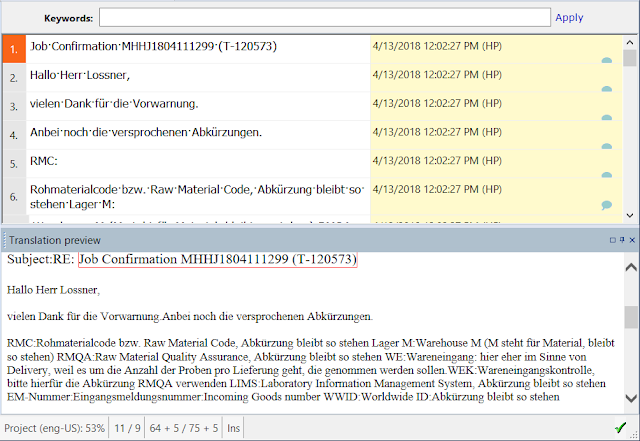 So when people tell you memoQ is good, don't believe them. It's actually better than that, but the truth is a well-kept secret :-)
Posted by Kevin Lossner at 7:35 AM