Using resources from memoQ cloud backups on the desktop

In January this year, I published a few posts describing the memoQ cloud service, which is part of Kilgray's Language Terminal. This is an excellent, cost-effective alternative for coordinated work by small groups and organizations who are not well equipped logistically or financially for maintaining their own server facilities and licenses and who work with a fairly limited number of persons. One of the nice aspects about this SaaS facility is that it can be subscribed on an as-needed basis and "turned off" for those periods where it is not required. Backups can be made as needed.

After a period of testing and use for a larger translation project with some of my tutorials, I suspended the subscription and made a backup file of all the projects from that time. 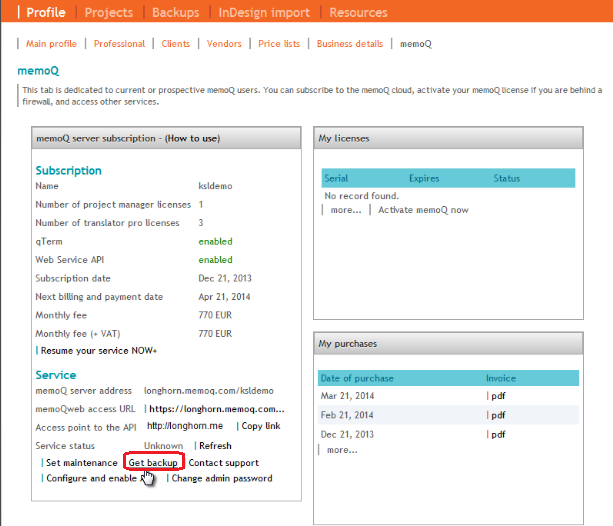 After logging into my Language Terminal account, I went to Profile > memoQ. There I clicked the Get backup link near the bottom of the window.

A screen appeared with some information related to the intended backup, and I clicked a second Get backup link. 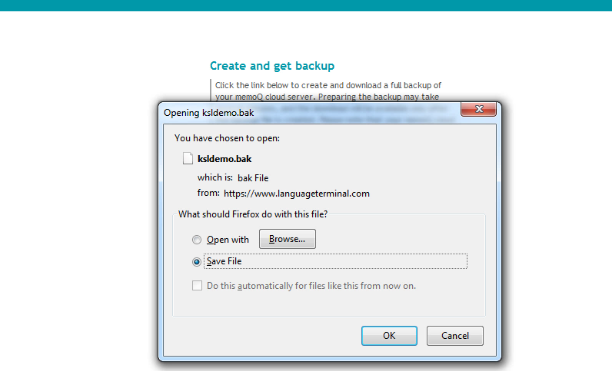 A Save dialog appeared for the backup (BAK) file.

The backup file (like so many "packages" is simply a renamed ZIP archive. I unpacked it to obtain a folder with the contents of what was once my online memoQ cloud account with all its projects and resources. 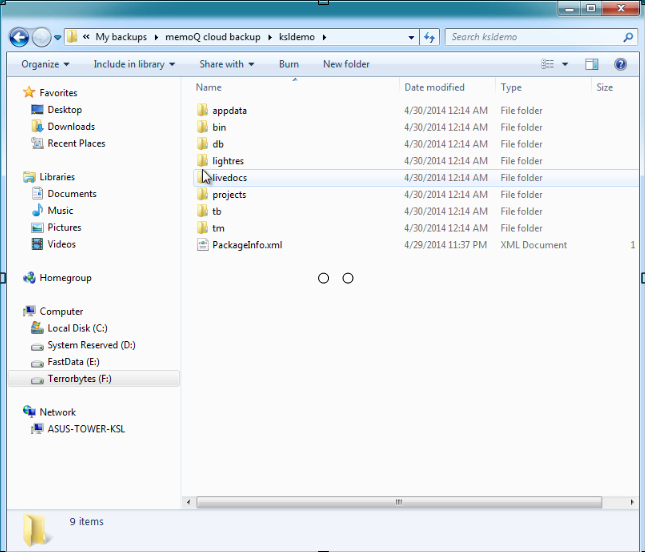 The various resources are organized in folders (with self-explanatory names in some cases). 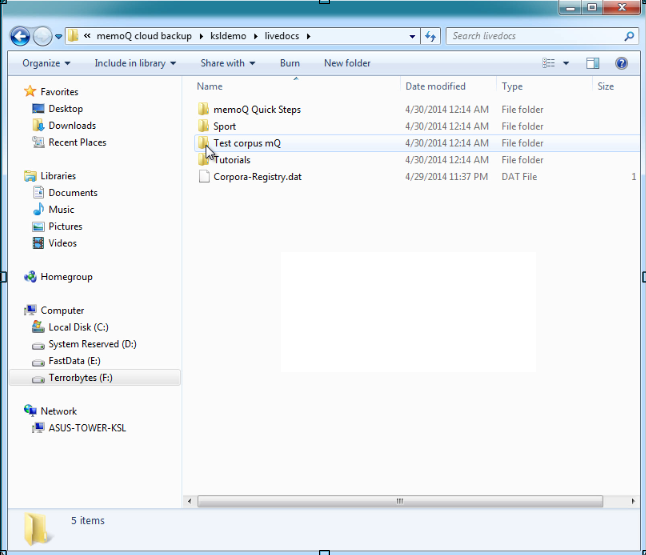 Here's a look at LiveDocs resources (corpora) from my memoQ cloud account. Inside the folder for an individual LiveDocs corpus, things look the same as they do for any local corpus for memoQ. 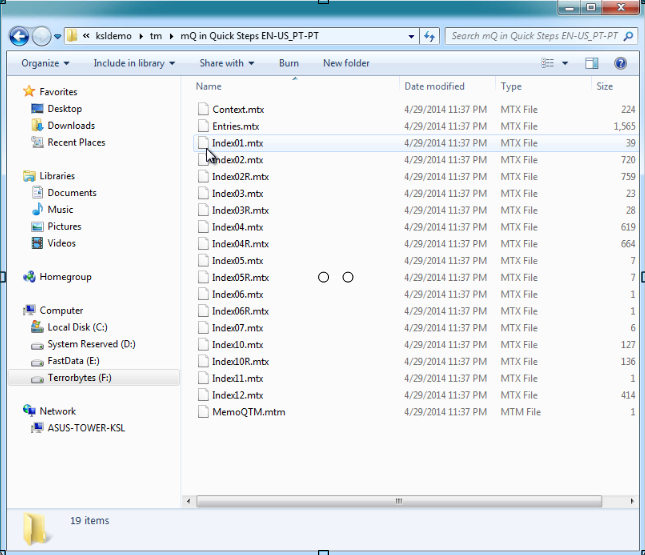 The same is true for all other resources. The screenshot above shows the inside of a TM folder in the backup, in this case the TM for the Portuguese translation of my Quick Steps tutorials.

Any of the resources in the backup can be loaded in a local memoQ installation of the correct version by importing (light resources) or using the Register Local function (for TMs, termbases and LiveDocs corpora). It's that simple.

The BAK file can be restored online in my Language Terminal account if I decide to renew it after the three month storage period in which dormant account resources are maintained at no cost. So I can pick up where I left off even a year later without incurring charges in times when I am not engaged in team projects requiring the use of memoQ cloud!
Posted by Kevin Lossner at 2:57 AM