What to do with a sangria'd Saturday night starting to cool after a long brain baked day of heat and chemical text transmogrifications? That was the question in my mind when the words came over the skypewire asking me to deal once again with the oh so important question of how machine translation advances transform our profession, like blacksmiths of old Ms. Kelley tells us we wait on the Brave New Future our wordforges make as we strike and turn the nails and shape them to drive deep and hold fast the lids of our cost-conscious coffins.

Why beat 'em? Just join 'em, what the Hell, give 'em the words well earned. So a thirty year break with Kästner I broke, took the first poem that popped with his name, slammed it through Google and off I went to a corner of quiet in the chaotic cantinho for lombo asado and well-washed postedit pleasure. 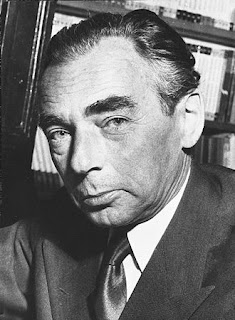 After the evening I had a look at what other masterful versions could be found of this work in English; many would indeed give the impression that Google is Good Enough. Like this, my God, or that (double-ack, farther down). This at least tried to rhyme but the translator failed to grasp the text, and the name on the best of the lot on page 5 of this PDF suggests that those coming late to English are not always the worst.

But all that came later. First I had before me the task of post-editing the silken syllables of Friend Google, which I still had not read as the jug of sangria arrived at the table. Somehow I was not quite in the mood. To be fair, I should first soak up the spirit, play a bit with the text, think about it and what I feel distinguishes Kästner and expresses his wit.

I can no more imagine a Kästner poem without rhyme than I can the work of Wilhelm Busch, and while a literal translation might help one learning German to appreciate some subtleties of the original, I think to render him without rhyme for a reader with no German is a criminal act for which there should be some terrible punishment I do not want to imagine. Better to fail at a rhyming Kästner translation than abandon hope of delivering some subversive punch with sarcastic swing he might approve.

So I scratched out tipsy lines in my notebook, thinking about this tale of Man's dubious ascent in the time since he descended from the trees and remade the world in His image.

The Descent of Man

Men once were but squatters in trees,
hairy, with faces of horror.
But drawn from the forest they please
to pave and pile a world on its knees
with their power to the thirtieth floor.

They sit now in comfort, flown from their fleas,
In chambers fine, with central heat.
on the phone voices chatter and freeze
the mind with that tone from the trees,
evolved to the very same beat.

They hear words so distant, see images far.
They are One with a cosmos so lush.
Their hygiene and breathing reveal how they are
One with the planet, this Shiningest Star
with no shortage of water to flush.

Their missives fly straight and true through the wire.
They seek and cultivate germs and their why,
and to Nature give comfort entire.
They fly Heaven high and boldly aspire
two weeks to remain in the sky.

What they cannot digest they do convert
to soft and pliable cotton mat.
They split the atom, heal incest's hurt.
Their style analyses, smart and alert
show Caesar's feet were flat.

With their heads and their words filled with such might
human progress they make which none do escape.
But considered soberly in the day's light,
for all their learning, creations and flight,
their remain at heart the same ape.


That quick hour of wine and wordplay settled my mood and my stomach and readied me for that Future of Post-editing which all the wisest noggins among Linguistic Sausage Producers say awaits us.

I tried to be true to the principles of Modern Quantitative Quality and keep the edit distance down to reduce the costs for my Imaginary Overseer, but I am a badly trained monkey and I kept wanting to do more with Google's dead words. It bothered me more than a little, moreover, that with the bad English text before me it was much harder to refer to the original German for guidance and inspiration. But the fact that PEMT proved five times faster in the end than the original draft translation will perhaps convince those with minds open like a sieve that MT is now the way to go for highly evolved marketing translation of which Darwin would surely approve.

The development of humanity

Once the fellows perched in trees,
hairy, with visages fell.
Then lured from the jungle
they paved and stacked the world
to thirty floors of Hell.

There they sat, their fleas they fled,
to sit in rooms well-heated.
As there they sit, phones in hand,
one hears the very echoes still
of their past arboreal chatter.

Far they hear and far they see,
their universe is One.
They brush their teeth; they breathe just right;
their Earth is a star alight
with the shine of rinsing water.

Conduits of correspondence swift sing
as they hunt and culture germs.
They give to Nature all their comforts
and ascend straight upward to the sky
and two weeks there above abide.

What digestion leaves,
they make to cotton.
Split atoms. Heal incest.
And their style investigations show,
that Caesar's feet were flat at best.

So they do with head and mouth
the world of mankind's progress shape.
But that aside and
in the light
one sees the same old ape.

Hm. I suppose if I were to meet Mr. Kästner in the afterlife, I'd get a fat shiner for that effort (and possibly for both). But what can one expect from a designated hater and naysayer who simply cannot make himself believe with the best of intentions and all the force of his scientific and technical training that the sound and fury about machine translations signifies anything fit for his purpose?
Posted by Kevin Lossner at 4:20 AM