Life 3.0 and the holidays

The past year has been an interesting one; crises come in many forms, and the financial and economic ones, no matter how great their impacts may seem, are really the trivial ones. As we break bread with friends and family in the coming days, let's remember the purpose behind the business. If there isn't one, and it's an end unto itself, that's a problem to be addressed sooner or later. Alex Eames, whose humorous, on-target advice was such a help to me a decade ago when I started translating commercially in a serious way, expressed the importance of priorities with some eloquence, both directly and indirectly, in the updated version of his classic guide for creating a viable business as a freelance translator. If you are struggling financially or personally, there may be something there to guide you to a better path. Alex deals with the conceptual and personal side of the business as well as Jost Zetzsche does the technical (though I think he too has a great store of wisdom in non-technical matters). For many of us today, both sides are important to get right and harmonized, and I am personally grateful to both men for sharing their knowledge and advice with us.

Jost, by the way, did a brief review of my project management environment (the Online Translation Manager from LSP.net) in his latest Toolkit newsletter (#181 I think it is, but he hasn't updated the "current" link on his site). As usual, he showed great insight into the essentials of the software and where it may or may not fit in a freelancer's business. I think there are a few key issues that were missed, which I will deal with in a later article, but these are not obvious considerations until one has been broadsided by a serious business disaster and needs to ensure that processes and data are really, really secure in all circumstances. Nonetheless, I agree with everything said more or less, and as usual the rest of the newsletter's content offers me a lot of useful information to run my business in better ways and avoid potholes in the information highway. Jost has been promoting the Toolkit newsletter as a possible gift to colleagues or translators who work for you; he should have done this years ago I think, because this is actually a good idea. He's a good educator at many levels. 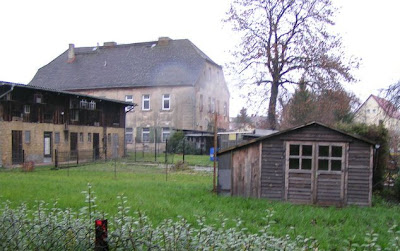 The past year has been one of considerable change for me as well, not all of it voluntary, though when viewed from a Nietzschean perpective all for the good. My headquarters are now in a former HQ used by Napoleon on his way to get his butt kicked in Russia in 1812: an old Amtshaus built during the reign of Frederick the Great of Prussia. Here I can train my dogs in peace, hunt and raise whatever pheasants, quail and ducks I need for various purposes. There are excellent facilities for keeping fowl here, and the keeper died six months ago, leaving the facilities abandoned, so perhaps I can make arrangements that will enable me to make a contribution to the attempts to support the gray partridge population in Brandenburg. Since leaving Oregon eleven years ago, I've missed my chickens, too, so 2011 will probably see a few of those scratching around my garden. But no bloody Araucanas. They are much too devious.

I'll also be spending a lot of time in the coming year rehabilitating my dog Ajax after he was subjected to about 5 months of ill treatment by a breeder and trainer in Lower Saxony. 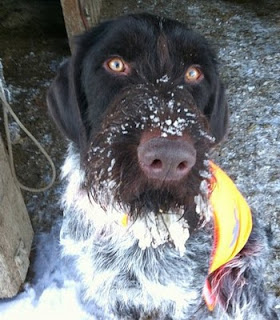 This individual had expressed an interest in buying the dog from me after seeing him at a trial last April, but he's not for sale. In the summer after hearing about some distracting issues at home, the fellow contacted me again with an offer to put the "final touches" on the dog's training and take him through his hunting trials in the fall. Given that he has done this with more than 1000 dogs in the past with usually good results in two countries, I reluctantly agreed, because it had been emphasized to me time and again in a most penetrating way by some traditionalists that I lacked the experience to get the full potential from such a fine dog. The end result of my stupidity was a dog who is now afraid of his own shadow and who is 5 kilos below the trim weight he had when I delivered him in July. He was caked with shit from his filthy kennel when I finally managed to pick him up three months after he was expected. As for the testing, well... a dog raised on love in your home knows that there is more to life than confinement and isolation, ear pulling and other rough handling, and that life with a tail between your legs is no life at all. Prisoners with any spirit left seek to escape such conditions, and he did so, running away from the SOB on a number of occasions. He disappeared for a long while in the first few minutes of the most important test for a breeding hunting dog of this type in Germany and failed of course. Good for him. We'll work together over the next year to see what can be salvaged, but we'll do it at the dog's pace with respect for his right to exist.

I'm sure there's a parable there somewhere for the situation of some colleagues trapped in abusive relations with themselves and their customers. Another time. Go read No Peanuts for now. 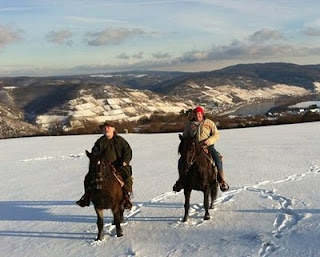 Now Alison has got that work/life balance thing pretty much right, but it's hard not to living at the top of a mountain in wine country with a stable of friendly equines.

The coming year will see a lot more changes in my life and in my business, perhaps in some of the topics covered in this blog. A Canadian colleague of mine whose insights I have always appreciated but whom I lost track of for a while after the purges of thoughtful moderators and colleagues at PrAdZ remarked that there really isn't an adequate forum for dialog anywhere. I'm not sure I agree with that; there are many places for collegial exchange, but the dispersion of bodies and talent in our profession does complicate things. Just be grateful we don't always rely on letters, ships and other life-threatening means of travel to enjoy a bit of professional company any more.

If anyone has some topics or questions they might like to see explored, I welcome a comment here or a private e-mail to that effect. I can't guarantee I can write competently on those subjects, but maybe I can whisper the suggestion in other, better ears.
Posted by Kevin Lossner at 1:27 PM